It's like Christmas around here with the NFL season upon us, and what better way to get things going than betting money on games amongst friends? Between shit like this and fantasy football, I'm willing to bet I lose my job within the next 3 months, would also take side-bets that I'm living on the street in less than 6. While I'm here, I offer you my picks: 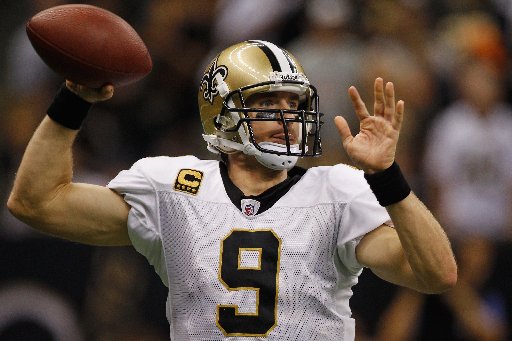 New Orleans -7.5 vs. Washington - Normally I'd be weary of that little half point, but I'm not right here. The Saints are an offensive hurricane at home (too soon?). They tend to struggle on the road, but since that doesn't apply here I'll take them in a home opener against a suspect defense and rookie QB. With all the uncertainty surrounding their coaching staff and defense, the one thing that is certain is Drew Brees. That's really all that matters. 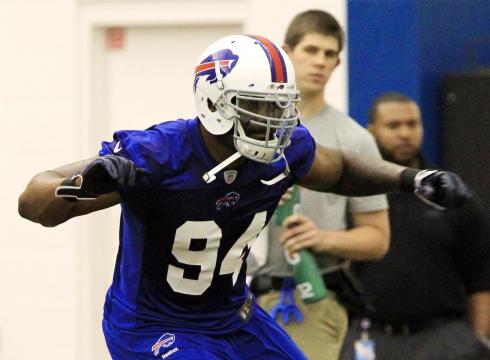 Buffalo +3 @ NY Jets - I hate to go against the Jets here, I think they have a rabid fan base that should make MetLife Stadium pretty crazy for their home opener... But I believe in the Bills. Since they signed this guy Mario Williams, I believe in them. I never thought I'd say this back in 2006, but Mario Williams justifiably went #1 in that draft. Guy is an absolute beast, and according to my mom and dad who met him at Yankee Stadium a couple months ago - the guy is nice as hell, too. I think he tremendously improves a defense that wasn't THAT terrible last season. They also stole Mark Anderson from New England, further strengthening their edge rush while weakening a division opponent, love that move. They have Marcell Dareus back for a full offseason in his second year paired with Kyle Williams inside, making this what I think will be an elite defensive front in 2012. Pair that with the extremely well documented troubles the Jets offense has been having and I find it extremely difficult to believe the Jets can spot anyone points right now.. 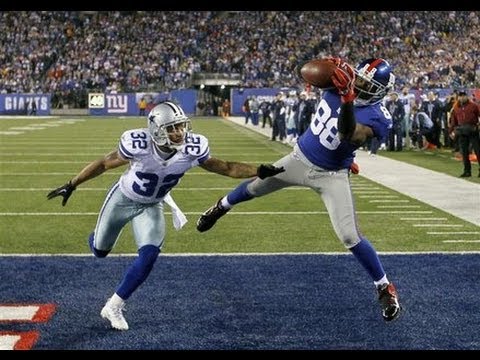 ﻿
NY Giants -4 vs. Dallas - I hate to pick against the Jets and then go pick for the Giants, but it's just that kind of "Perfect Storm" kind of scenario, if you will. I think with all the talk about Victor Cruz (and deservedly so), people are forgetting just how good Hakeem Nicks is, sometimes I think he's almost too quiet for his own good. The Cowboys are riddled with injuries to key guys, most notably Jason Witten. He probably won't play which severely hurts Dallas. Miles Austin is one mistep away from his hamstring permanently exploding, and Dez Bryant is about one backhand to a woman away from being banned from the NFL. The Cowboys are starting two new cornerbacks in 2012. One, a cornerback who has never faced top-flight WR's and comes from a pretty small market, was a 5th round pick and has somehow parlayed 8 career interceptions in 4 years into a $50 million dollar contract and all the expectations in the world. Two, a rookie who has an IQ which matches up pretty well with his jersey number whose teammate in college who went up against him every day in practice now plays for the Giants and knows all his weaknesses. Good luck guys. Should be fun trying to defend Eli Manning during NFL's Kickoff Game while the entire world watches you get torched. The more I think about this, the more I love it. And I didn't even talk about the Giants defensive line, wow. #JPP #DPOY

Indianapolis +9 @ Chicago - I don't want to miss the Luck bandwagon. I honestly like what I've seen from him, if he plays like he has throughout the preseason, then he's already a solid starting QB. I think that makes Indianapolis a little more respectful than the spread indicates. I like them to hold their own.

Kansas City +3 vs. Atlanta - Behind Chicago, my most hated team due to hype and overratedness has got to be the Atlanta Falcons. Again, they come into a year with a ton of hype, can they deliver? We'll see what this overrated defense can do against Jamaal Charles and Peyton Hillis. I think KC will control the ball, and they've got a very underrated pass rush that can disrupt Matty Ice. I love me some Julio Jones, but a WR isn't winning you games on the road all by himself. Wouldn't be surprised if KC wins this one straight up. Should be week one of sixteen on the road to Comeback Player of the Year for Jamaal Charles.