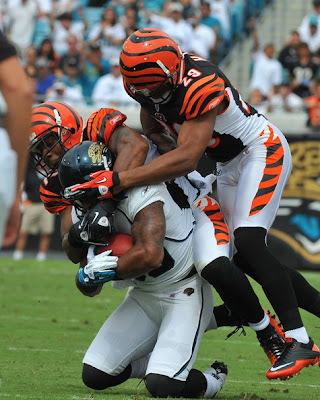 Cincinnati -1 @ Jacksonville - I picked this same game Week 5 last season, basically all the Bengals had to do was take care of MJD and they would be fine. They did that, they won by 10. Really not a whole lot has changed since then, the only offense they have runs through MJD. Bengals should have a pretty good idea on a game plan headed into this one. 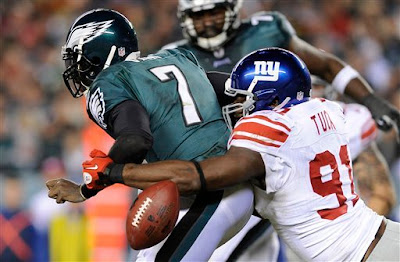 NY Giants +1 @ Philadelphia - I hate that I keep picking road teams, but the Giants simply don't play the Eagles well at home - the only times they beat them is in Philadelphia so this seems like a no brainer. LeSean McCoy has started talking again and all he did was probably fire the Giants defense up. I'm sure the offense with 12 turnovers in the first three games really needed to do that. 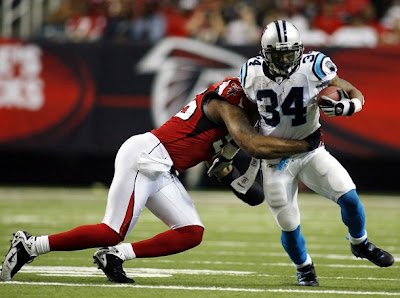 Atlanta -7 vs. Carolina - Not sure if anyone remembers what the Giants just did to Carolina minus three key offensive starters... If you didn't see it just look at the final score (36-7) and that should tell you about all you need to know. Atlanta, by the way, is not down three key offensive starters and they look downright scary on offense. Carolina might score some points (I don't think their offense is as terrible as it looked last Thursday night) but I really don't see them keeping up with Atlanta in the dome. If the world makes any sense, Atlanta should win this game by two touchdowns. 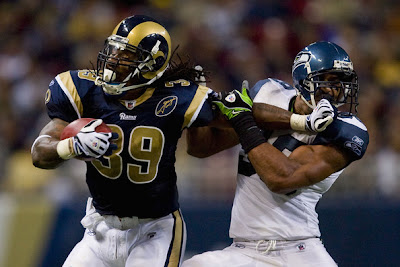 St. Louis +3 vs. Seattle - Short week for Seattle, not to mention the insane MNF Massacre they were directly involved in, that shouldn't have created any distractions for the team or anything. They're only trying to prepare, practice, travel and game plan on a short week with interviews about if they won last weeks game or not. I also like St. Louis at home, think they're a tougher defensive team than many give them credit for. I really just don't see Seattle fully focused while trying to plan and play week 4 with their head turned around wondering if they really won week 3. Has upset written all over it.
Posted by RP at 9/27/2012 12:00:00 PM