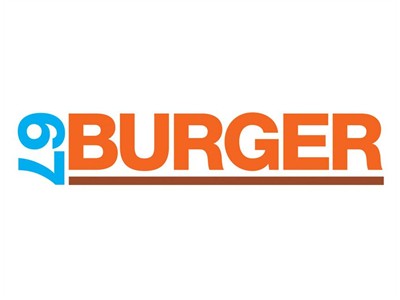 It's like a never ending struggle to not be obese in this country. I say I'm going on a diet and BOOM someone decides at that very moment it's time to litter Downtown Brooklyn with the biggest and best burger places ever. If you were around to see my last piece on this, I was obviously really excited to be in the middle of this mayhem. But let's face it, can't eat this shit everyday, which is kind of good because you eat shit like that all the time, it kind of loses it's excitement. Imagine Christmas morning every single day? Fuck that, shit would just become like every other day, then a shitty day would be like how Christmas is now, you'd almost enjoy having a crappy day at that point. Only so much cheer and joy you can take before you need to flip out, well same goes for burgers.

Anyway, I try this new place today called 67 Burger. Zero idea what it is, never heard of it but the menu looks bangin' and the title has the word burger, so I'm game. Well turns out the place is legit, music blasting like I'm rolling into Against All Odds looking for throwbacks at the Palisades. So it got me thinking, where do I rank this undrafted free agent burger joint among the greats in the game?? Here we go:

﻿﻿
Was once on the big board, man playing among boys. Opted to forgo the NFL Draft and stay for its senior year and it was a big mistake. Others emerged and the once eye popping stats and relative ease of the game disappeared for Five Guys, and it struggled to maintain itself ahead of the emerging stars. Combine that with an awful showing on its pro day, and you've got a draft day bust. Fries are highly overrated, but Five Guys continues to value itself too high scaring away potential suitors. Could fall back into the later rounds if asking price doesn't coincide with the falling talent.

﻿
Just solid across the board. Nothing about it is off the charts, but this place can step in and start right away without missing a beat. Solid middle of the first round pick, just great value here. 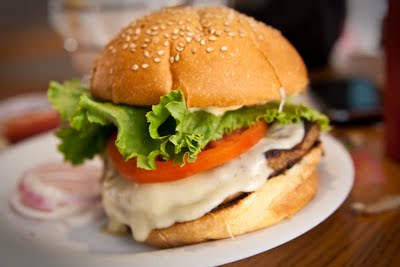 This is the type of place that flies up the draft board after its showing at the combine. Just amazing raw ability. Played at a small school, not a lot of film on it, but just can't deny the physical attributes. Outstanding upside, still hasn't reached its full potential, but has the IT factor.


1) Shake Shack (409 Fulton St ~ 10 blocks from office)
﻿
Pure greatness. If there were 5 star ratings, it's pushing 6's across the board. Nit picking here: the lines, the spotlight, the hype, those types of things have the ability to play with a burger places head, but it seems comfortable at the top. Steps its game up on those days where it just seems like it will get overwhelmed, but it rises above that and time after time delivers great performances in the clutch. Absolute first ballot hall of famer here.
Posted by RP at 2/02/2012 01:42:00 PM