So Indianapolis Was Fun 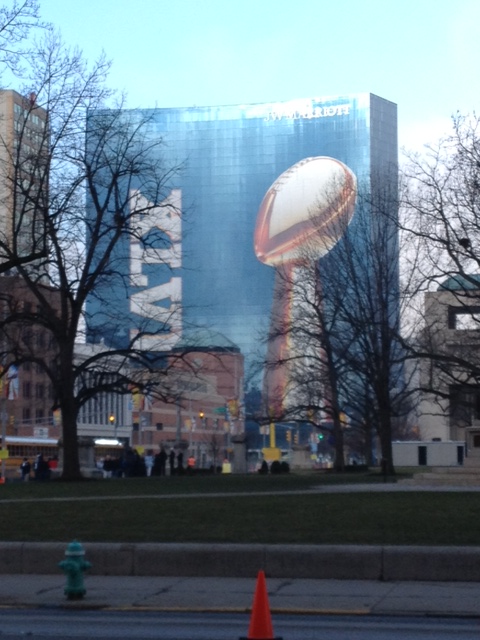 Obviously I have a lot to get to in relation to the Giants win over the Patriots on Sunday. I've been so busy being in Indianapolis that I haven't gotten time to settle down and even think about what happened yet. Thing is, I don't get paid to do this stuff but if I did I'd more than likely be the best blogger in the world, but I don't so you're only getting about 31% effort 100% of the time. Trip was as flawless as a trip could get when planned and orchestrated within one hour of the creation of the idea, I'd say the biggest trip up for me was my phone dying at the end of the game. We brought chargers with us to the bar on Sunday morning, but left them in the car, so in other words we might as well not have brought them. Well we got to the bar at 9am and were there until about midnight, so the phone shut down right around the end of the game. I wanted to take video of the celebration that ensued but even if my phone wasn't dead I was busy recovering from a game winning nose bleed and hugging everyone in sight. It was pure madness, the place had be inexplicably 70% Patriots fans at the start of the game, with 3 minutes left and the Patriots up 17-15, there might've been 2 Pats fans left in the entire place. They all knew it was over and didn't wanna be around to get trampled in the celebration, can't blame 'em. Anyway I'll get into more details about the trip, the game, thoughts, reactions, all that stuff. But I don't get paid to do this so you'll get all that stuff when I feel like doing it.
Posted by RP at 2/07/2012 09:48:00 AM