So last week I waited until the injury report came out, barely used it, went against the picks I loved all week, and in the end I went 1-3. Coming off a miserable betting weekend on top of it, I'm ready to go with the instincts here and get after it.... Let's go. 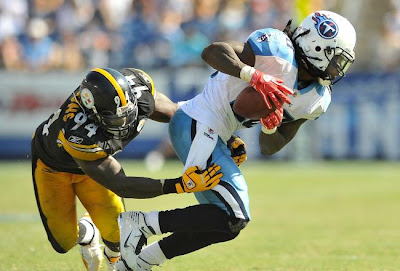 (L) Pittsburgh -6 @ Tennessee - Although they didn't cover the spread, they ended up getting the W last week in a real physical battle with Philadelphia, containing Mike Vick and LeSean McCoy and forcing some turnovers. They're a hungry team and desperate for wins before getting into a brutal AFC North schedule. I like them to take care of business on TNF against a Tennessee team that's struggling badly to move the ball. 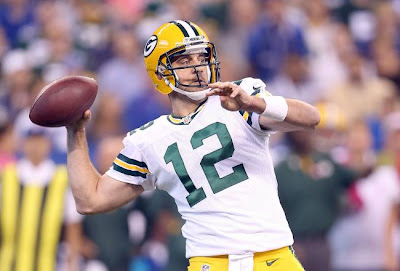 (W) Green Bay +3.5 @ Houston - Speaking of desperate, 2 and 3. Aaron Rodgers & Co. are coming off a brutal collapse to the Colts. Up 21-3 at the half, the Packers went to sleep and allowed Andrew Luck to take his team back for the W. Green Bay is starting to get questioned, and at 2-3 they're in a pretty big hole with the Vikings sitting at 4-1 atop the division. If Green Bay is the Super Bowl favorite we all imagined they were, then a nationally televised game against the new best team in the NFL would be a great time to show up. Aaron Rodgers really needs to step up and have a monster game to get this team back on track. 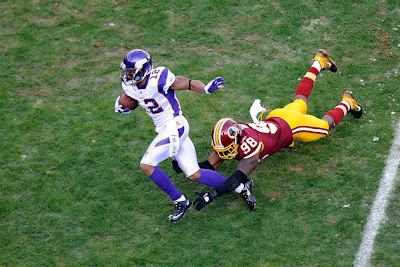 (L) Minnesota +1.5 @ Washington - The Vikings have been impressive, namely Percy Harvin. The guy has been carrying the offense and taking pressure off of AP while the defense has stepped up to become one of the toughest in the league. None of this bodes well for the Redskins who are coming off a crushing defeat to the Falcons where they laid it all on the line. They didn't just lose the game, but lost their starting franchise QB as well - RGIII was concussed and is questionable at best this week. Redskins have also lost their last 8 home games. 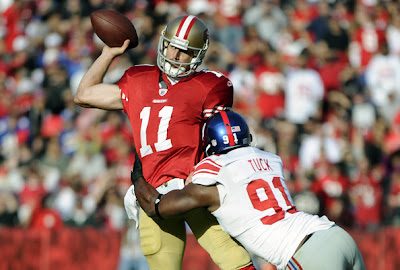 (W, +3 pts) NY Giants +7 @ San Francisco - Going to be a tough, physical, close game that I think will ultimately be decided by a last second field goal. If the Giants want to make sure they're the one's on the winning side of that FG, they'll need their pass rush to show up and make Alex Smith uncomfortable.
Posted by RP at 10/10/2012 03:01:00 PM