Director Of "The Fighter" Accused Of Groping Nieces Breasts. Okay? Oh Wait It's Transgender? Yeah That's Not A Good Look. 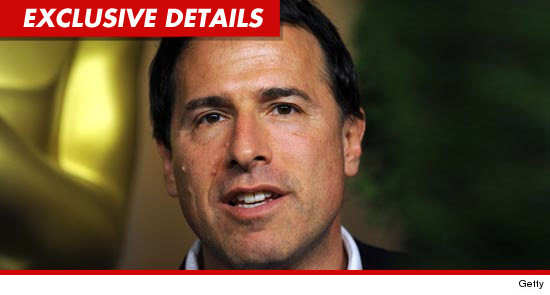 TMZ (seriously who else would break this story?) - David O. Russell -- the Oscar-nominated director behind "The Fighter" -- is under investigation in Florida for copping a feel of his 19-year-old transgender niece ... but Russell told cops it was totally consensual. The Broward County Sheriff's Dept. has confirmed ... Russell has been accused of inappropriately grabbing his niece's breasts during a workout session at a South Florida hotel gym on Dec. 30. Cops say the woman said she felt "uncomfortable" ... but admitted she "did not ask him to stop at any time." Investigators later contacted Russell ... and according to the report, the director confirmed he DID touch his niece's breasts ... but only after she gave him permission.

I'm still trying to grope what transgender even means (see what I did there) but seriously what is this phenomenon just sweeping the world? There was no such thing as transgender like 20 years ago and just like the internet it just appeared out of nowhere, now everyone's doing it. It's like one of those fad workouts like Insanity or P90X.

I mean, there's just so many things wrong with this I don't know where to start, but the most obvious is that the she(?) didn't say no. Everyone knows when a girl says no that really means yes, so when they don't say no you know you're in some deep shit. Can't fall for that "I didn't say no but I didn't say yes either" bullshit, that's for amateurs. Clean it up David.
Posted by RP at 1/06/2012 11:15:00 AM