PS - What The Hell Is A Packer? 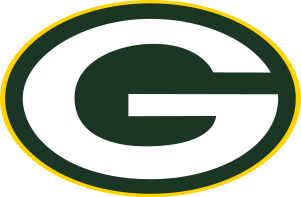 Like I get the other teams still in the playoffs, they have real mascots:

New York Giants: Pretty self explanatory, they're obviously giant fucking monsters stomping the rest of the NFL's midget dicks in.

Baltimore Ravens: A bird, I get it.

New England Patriots: All American - A Patriot, reminds me of Mel Gibson just going fucking ape shit in The Patriot, I don't know why, something about the name.

San Francisco 49ers: Come to think of it this name sucks pretty bad, too. Sweet nickname for your football team, name it after a number. You guys brainstorm names over a walkie talkie?

So what the hell is a Packer? Like is Green Bay known for packing shit? Was that where moving companies were invented? Did they create anal sex in Wisconsin? I was always under the assumption the gays in San Francisco laid claim to that.... Debate for another day.... But just because they're some old storied franchise we can't wonder how weak of a team name Packers is? What are you packing besides your fucking lockers right now? How unintimidating of a name is that? Like get out of the 1800's guys, maybe that's why you're illustrious home field advantage has been absolutely terrible this century. Sign of the times, time to change it up folks. Need a new name and you needed it 90 years ago. Maybe hit up a design team and work on that logo. A capital letter G isn't really popping off the helmet. Instead of being lazy and just slapping a letter on the side of your helmet and calling it a life, let's get creative here. Maybe put a guy putting some shit in boxes or something to symbolize a Packer doing whatever it is a Packer does.
Posted by RP at 1/16/2012 12:15:00 PM