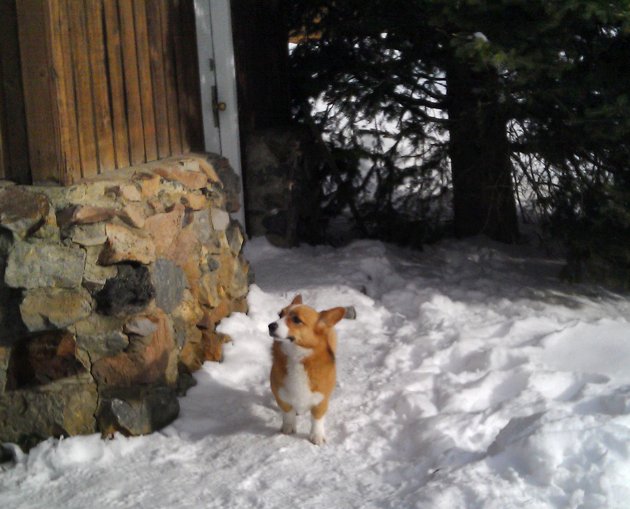 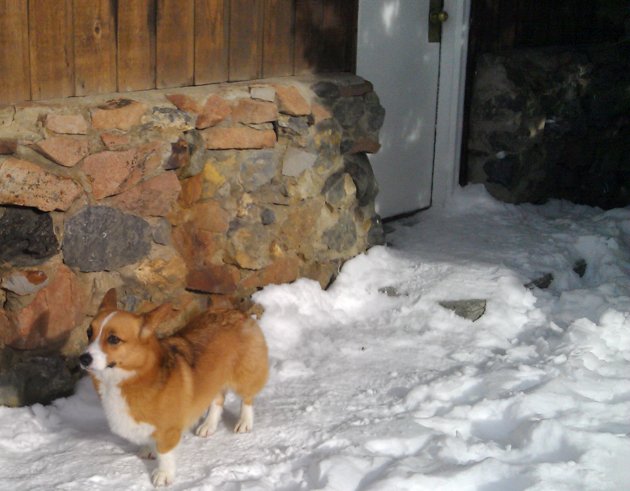 AP - A dog that was feared dead after he was swept away in a weekend avalanche that killed his owner showed up four days later at the Montana motel where his owners had stayed the night before going backcountry skiing. Search and rescue team member Bill Whittle said he was "positive" that the Welsh corgi — named Ole — had been buried in Saturday's avalanche. "The avalanche guys were up there on Monday investigating and they were looking for the dog too and never seen any signs," he said. But on Wednesday, Ole showed up exhausted and hungry back at the motel, four miles from where the slide occurred, the Billings Gazette reported. "When I first saw the dog, it was sitting in front of their room staring at the door," Cooke City Alpine Motel owner Robert Weinstein said in an email to The Associated Press on Thursday. Gaillard's daughter, 11-year-old Marguerite, was putting photos of Ole on poster board as a memorial Wednesday afternoon. "She found out when she was halfway done with that that Ole was still alive," said Gaillard's step-daughter, Silver Brelsford. Whittle drove the dog back to the family in Bozeman. "He was tired," Brelsford told the AP. "He's doing really well now." "We needed this," Whittle said of Ole's survival. "It kind of cheered everyone up."

Just like there have been a couple of typical chick stories today, here's a typical dog story. Typical dog doing typical dog things like dominating life and bring joy to millions. You think this little guy was dead? Hell no, heart of a fucking champion. Not only can I not survive 4 days on my own, but without an iPhone no fucking way would I find my way back to the hotel I was staying at. This dog is more man than I am. If you read that line about how he showed back up to the hotel and was staring at the same door his family was in and didn't feel chills or tears then you're an awful person and you're probably going to hell. That's the kind of shit dogs do, and then when he heard his master was dead which he instinctively probably knew anyway, he knew he had to go home and cheer everyone up because no matter what he knows he still has a job to do and Goddammit he fucking did it! OLE FOR THE WIN!!!!!
Posted by RP at 1/06/2012 10:06:00 AM