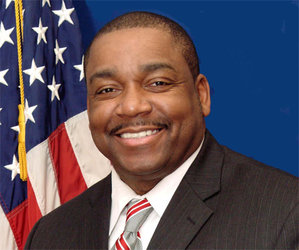 Around Philly - The playoffs can bring out the worst in die-hard fans. Ok, for Philly, the regular season and preseason can too. But a New Jersey state assemblyman seems to have let his passion for the Giants cloud his better judgement. North Jersey assemblyman Charles Mainor is currently playing the apology game for (gay) bashing the Eagles in recent a Facebook post. Will politicians ever learn to stay off Facebook? Mainor, in true Giants-fan etiquette, broadcasted this little zinger on his Facebook page: “We are not going to just lay down, we come to play. Who the hell do you think we are the DALLAS COWGIRLS OR THOSE GAYBIRDS FROM PHILLY . . . NO WE ARE THE NEW YORK GIANTS.” While Mainor claimed a “friend” placed the “gaybirds” bit into the post, the assemblyman soon recanted, stating that, “”I have very, very close relatives who are gay. I have nothing against them. I’m far from that.”

Ummmm I guess I'm missing what's wrong here? I usually stay out of the politic game, but this guy has my vote, just politically correctness swag for days.
Posted by RP at 1/18/2012 01:52:00 PM