Dwayne Wade Gets Free $230,000 Car Because He Can't Afford One Himself Or Anything 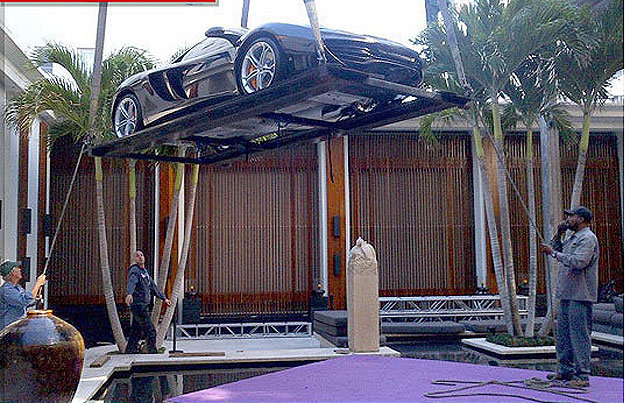 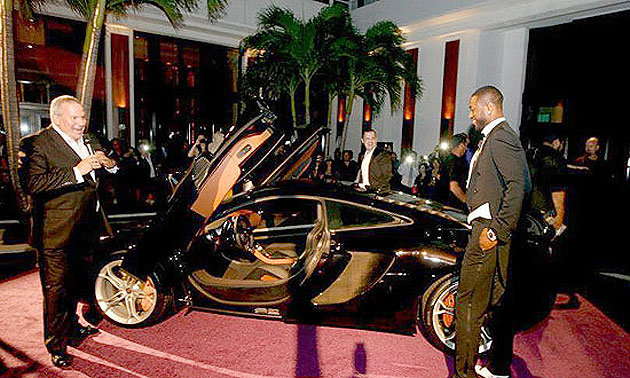 Yahoo - Dwyane Wade's gorgeous girlfriend, actress Gabrielle Union, threw the Miami Heat All-Star a birthday party the other day, and a local car dealership decided to one-up the actress/model by gifting the guard a McLaren valued at nearly a quarter of a million dollars. The ancient adage that the richer you become, the more free stuff you get is rolling hard and heavy in Miami these days. Counting birthday gifts as "free stuff" is a bit of a stretch, but counting a McLaren MP4-12C as a "birthday gift" is nearly as big a stretch. It was a stretch to even deliver the car into the party, as the dealership awarding the exotic, 592-brake horsepower machine had to deliver the automobile in by crane as it couldn't be driven through the hotel hosting Wade's party. Good thing, because the McLaren can get to 60 mph in just 3.2 seconds on its way toward reaching a top speed of 205 mph. Of course, Edmunds points out that the McLaren is "not as visceral as other exotic" cars, so let's not get too jealous of D-Wade just yet, you guys. A picture of Wade with the car, and a video review of the McLaren follows after the jump.

What's the point of this? Does Wade even care he got this? Edmunds.com even pointed out how unimpressive the thing is, so you think Wade who could legit buy 67 of these based on his salary this season is remotely interested in getting this car? Absolutely not. So what's the motive here? The dealership trying to suck him off a little so he'll buy his shit from them? The dealership thinking it'll get some pub from this? Because this entire article had zero mention of who even gave him the car. So unless your sole purpose was to get Wade's business and only Wade's business, your $230,000 investment sort of sucks.