Roy Halladay Acting Like He Saved Some Kid From An Anaconda 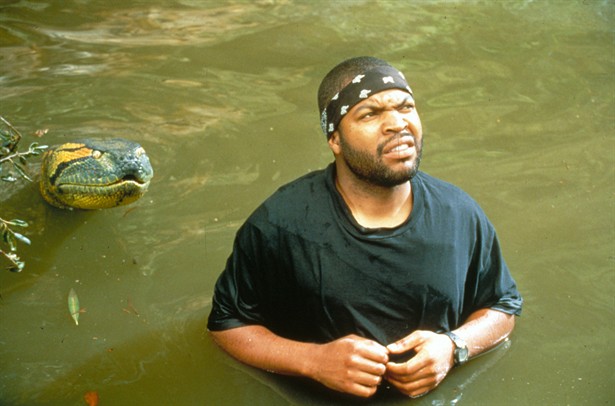 Mets Mezmorized Online (And you think Swagstein is a shitty blog name?) - According to NESN, Roy Halladay was on a fishing trip in the Amazon with Chris Carpenter, B.J. Ryan and professional fisher Skeet Reese, when he and Reese stumbled upon a local boy being attacked by an anaconda. Here is what happened according to Reese’s recent blog post:


“Me and Doc Halladay even came across a local, sitting bare naked on a tree by the river. What we were able to figure out is that he was fishing in the river for tropical fish to sell for aquariums when he got attacked by an anaconda. The snake apparently bit him on the ass but he was able to free himself before the snake wrapped him up. Instead the snake wrapped around his motor on the back of his little 14 foot dugout canoe and tore it off the back of his boat. Doc and I helped him gather his gear and flip the boat back over and then towed him home. You could definitely see the bite mark on his ass, but he was able to fight it off; amazing.”


So let me get this straight: The Mets won’t let R.A. Dickey climb Mt. Kilimanjaro but the Phillies will let Roy Halladay wrestle anacondas in the Amazon? Got it.

Wow, I mean Halladay must have some huge balls to get in there and wrestle that Anaconda like that, did you see what that fucking thing did to J. Lo and Ice Cube??? That had a motor that just didn't stop, tough to get in there and take that thing on after seeing that - wait what? He didn't do anything? So let me get this straight.... They watched some kid get bit in the ass, have his boat ripped apart, laughed it up pointing at him making fun of him that he was naked, then after they were disappointed he didn't get eaten and shit, they towed him back to where he came from? Sounds more like an article about LeBron than Roy Halladay, but I guess a fraud is a fraud, whether it's LeBron or the entire city of Philadelphia.
Posted by RP at 1/04/2012 09:38:00 AM