Julie Bowen Gets Absolutely Owned On The Red Carpet By Sofia Vergara; Immediately Points It Out And Jokes About It Trying To Play It Cool Means She Knows For Fact She Got Owned

Sofia Vergara and Julie Bowen have plenty of experience working together on "Modern Family," which took home the Golden Globe for Best TV Comedy Suday night. But when they bumped into each other on the red carpet of the Golden Globe Awards, Bowen couldn't help but observe that standing next to her co-star wasn't exactly her most flattering look. Vergara had been telling Ryan Seacrest about her pre-awards show fitness regimen -- which involved two-a-day gym workouts and a diet of cake -- when Seacrest noticed Bowen waiting off-camera, next in line for an interview. When he called over to join them, Bowen found herself in the unenviable position of standing next to the voluptuous Vergara. Bowen had to joke about it. "My dream, always, to stand next to Sofia," she quipped. The interview got sillier from there, as Vergara worried that she wouldn't be able to walk down the stairs because her dress was so tight. As she mentioned she might have to slide down the stairs, Bowen offered to block her from the camera's view with her gown, and lifted up the bottom of it in jest. Once Vergara was off-camera, Bowen couldn't help but continue to compare herself to her co-star. "I can out-gun her any day of the week," Bowen said, flexing her biceps to prove it.

Well at least you got the bigger muscle look going for you there Jules. She can act like she's joking all she wants, but there's no denying this was 100% serious. You know no girl wants to be upstaged on camera, and when it comes to upstaging there's no one better than Sofia Vergara. She's an absolute dick wrecker when she's not even trying, so her on the red carpet with her A game? That's a wrap. It's one of those games that's won on paper, one that you can safely say doesn't even need to be played. No chance for an upset here. Julie, don't even strap up the heels tonight, just save your energy and some gas mileage and watch from the couch, take some notes. Instead of barbell curls, try some yoga and two a day treadmill sessions like your girl here. 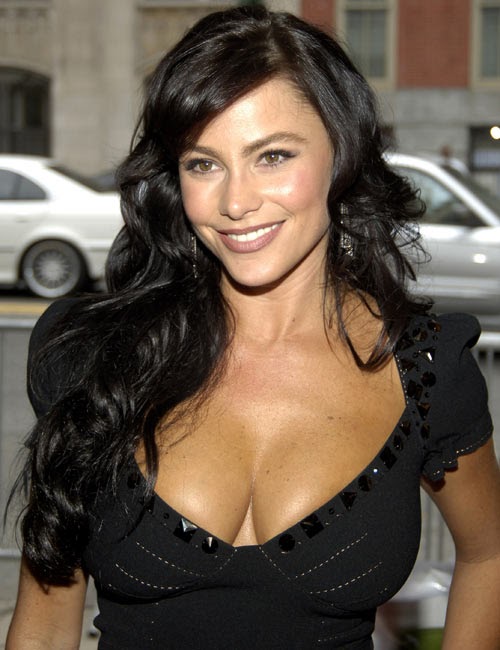 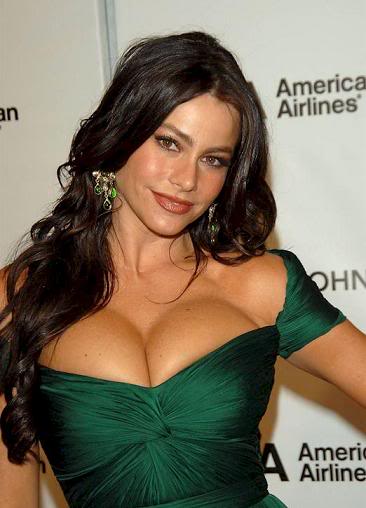