So yesterday I'm on the train home from work.... Now lately I've been catching an earlier train and have gotten pretty used to that commute, the people on the train, where I sit and all that. Well we've been asked to leave directly on time which causes me to miss that train and catch one that gets me home about 30 minutes later which is absolute horseshit but whatever. So we get to Jamaica and this fucking weirdo gets on with about 300 things and sits down in one of those handicap areas (parking in a handicap spot should get you shot, but sitting in them is completely fine in my opinion, this has nothing to do with why he's an asshole, keep reading). So he plops his shit down and is still managing to hold a conversation with this lady who seems to speak half Russian and half English, I don't know shit was weird. He's obviously a tourist and never been to NY before, but he's asking the one person on the train who's clueless about everything, like he's trusting literally everything she says. Let me also describe what this clown looks like: 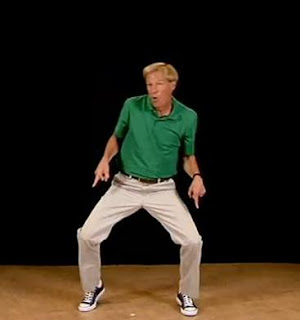 BAM! I couldn't possibly describe him better than that picture because he looked exactly like this dickhead.

Now that you have the visual let's delve into the issues here. We know there's a certain type of train etiquette, you pretty much get on the train and shut the fuck up, mind your business and don't stare at people. Pretty simple, it's actually learned early on under the title "Manners". So this guy is talking to this half Russian lady, who's sitting like 10 feet away from him and he's basically scream talking. I don't know if that makes sense but the volume on his voice was jacked way the fuck up, I don't know if he just came out of a concert at 5:30pm but this dude had no control over his speech volume. After about 5 minutes of complaining about how long his day has been and how tough it is to get around - he asks "HEY - YA'LL KNOW WHERE THE TWIN TOWERS ARE?" No joke. So the lady in broken English is like "You mean Ground Zero?" - So he brushes it off like, yeah whatever, and insists on knowing its location like there's some sort of hidden treasure in this crazy location off the grid. Miraculously this bitch has no clue where it is either, she's at a loss for words. So he tried to guess.... "What is it, like... Uptown? East side?" I swear I thought this was a hidden camera show. But wait his phone rings... "What? Oh I can barely hear you I'm on the subway. I think I'm going into the suburbs or something." Hangs up the phone after calling the LIRR the subway that never goes underground east of Jamaica, and continues with his loud ass mouth - He proceeds to tell this lady who never seems to ask him a question or inquire about anything at all, everything about his life. "This is everything I own.... - No really this is everything. I know, my wife hates it, always yelling at me about it." Wait if this is everything you own, and you're on a train, are you moving? Where is your wife right now? You have 3 garbage bags of shit, a guitar, and some other weird shit taking up half the train - where are you going? "Hey ya'll, this is the subway system right?" "No." "Oh, yeah that's what I thought." Oh it was? Because pretty sure 100 people heard you telling someone it was the subway about 2 minutes ago. So here he is still screaming across the isles at this lady like she gives a fuck what he's saying - asking how to get to a certain stop that no one on the train cares about because he's on the wrong fucking train like a dick. I have no idea what kind of accent this guy had but let me tell you - it was horrible. It was like a mix of nightmarish southern shit and some crappy California accent like some beach going redneck. So I get up to get off my stop and see this guys attire, whoa. Jeans cut up like a motherfucker but no holes, they had some sort of background like floral bedsheets or some shit. Total fucking weirdo this guy.

Just an annoying train ride home having to deal with that shit. I hate riding the goddamn train everyday as it is, and everyone on there just trying to get home in peace and quiet has to deal with this guy and his raging hard on about being in NY and talking to every single person he meets like an asshole with his shitty guitar and shit. Just some infuriating shit.
Posted by RP at 10/04/2011 12:02:00 PM