Week 5 Football Bets Which I Can Favorably Predict 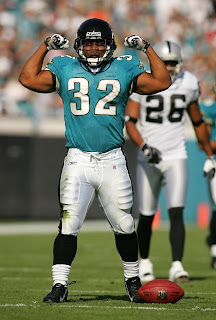 With Swag and Spich making weekly picks, it seemed about time that I threw my hat in the ring.  So why not start with some controversy and pick against Swag in my first offering:

True, Jags got owned by the Jets a few weeks ago and looked like pretty much the worst team to ever play football.  That was before the Blaine Gabbert era.  His first full game was in a monsoon and they looked pretty decent against the Saints last week, a much better team than the Bengals.  The Bengals already lost to Denver, possibly the least talented team in the NFL.  And they managed an inspiring 8 points against San Francisco.  They did knock off the undefeated Bills, but at this point who can even determine if the Bills are really any good.  Gabbert is only going to get better as he learns the offense and how to be a professional.  Jags win by a TD 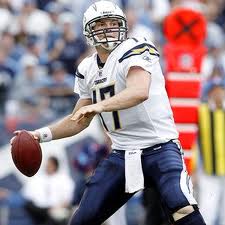 Speaking of the least talented team in the NFL, I just don't see Kyle Orton being able to compete with this guy.  The Chargers are an absolute top 10 team in the league.  I don't care if this game is at elevation 1 trazillion feet.  Vincent Jackson is probable.  Ryan Matthews is catching fire.  Malcom Flloyd is healthy.  This game has the makings of a blow out.  When your starting running back loses his job to Willis McGahee, you know it is going to be a long season.  Chargers by 13.

Donovan McNabb is just bad.  That's all there is to it.  How a quarterback leads a team that is 3rd overall in rushing but 24th overall in point scoring without being crucified by the media is beyond me.  How many more weapons does Donovan have to get before we can all admit that he just doesn't have it anymore.  He's a play maker who is too old to make plays.  At this point AP probably just wants to throw the passes too.  The Cardinals almost beat the Giants last week and have suffered some pretty excruciating losses.  They are 0-3 and their losses are by a combined 8 points.  You know they are coming out gunning for that first win.  Larry Fitz is back to being Larry Fitz now that the Cardinals abandoned the open try out for quarterback that was the 2010 season.  Beanie Wells got three touches on the board last week.  They look a little week on pass defense but the shouldn't be much of a problem with Father Time taking snaps for the Vikes.  Cards by 9.