Pretty boring Week 5 (1-1-1) keeps me at a game over .500 on the season. That’s not going to get it done. I need a huge week, and I think these three games offer some money-making opportunities. The picks:

Eagles PK: This game is for Philly’s season. If Michael Vick cannot lead his team to victory in DC on Sunday, we can start talking about the version 2012 Dream Team because the 2011 one will be finished. It’s impossible to come back from a 1-5 start and still make the playoffs. In my “11 Things” column, I somewhat boldly predicted the Eagles will make the playoffs which means I think they are going to win this game.

Bears -3: I am not a defensive coordinator but what is stopping the Bears from putting nine guys in the box to shut down AP and forcing Donovan McNabb to beat them? I can’t think of a single thing. Chicago got embarrassed on MNF by a top-5 team in the league. I don’t think they will let a bottom-5 team do the same thing to them on national television this week.

Packers -15: The best team in the league is playing at home against the worst team in the league. This spread should be closer to three touchdowns than two. The only thing I can see working in the Rams’ favor is they are coming off a bye week. Unfortunately, they didn’t get a new team during that bye so I’m guessing they’ll still suck. 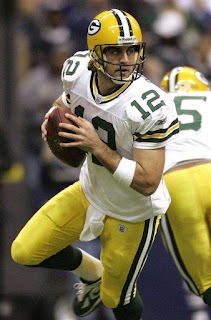