Anna Benson Is Back 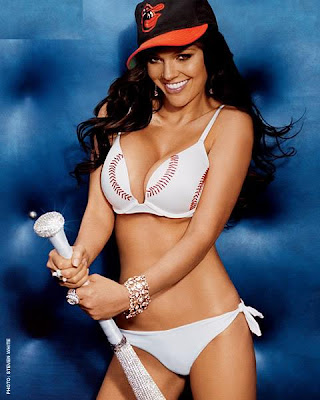 ESPN - Anna Benson, the wife of former Mets pitcher Kris, is currently taping segments of a new VH1 show entitled, "Baseball Wives," the Post reports. According to the report, the show is currently filming in Scottsdale, Ariz., and also includes the wives of Matt Williams and Ron Villone and the ex-wives of Jason Kendall and Mark Grace. “We are not like the ‘Basketball Wives,’ ” Benson told the Post. “We are classy.” Kris last pitched in the majors in 2010, when he made three appearances for the Arizona Diamondbacks.


Great, more of this attention whore. I don't know if I've ever seen a wife more famous than a Major Leaguer, but Kris Benson really was just that bad. Not only was he really shitty, but he had ZERO personality. It's almost like he never existed at all. No one would remember this guy if his slut wife didn't run around naked and picking fights with people because Kris was a pussy.

And what's with this show? "Baseball Wives"? Shouldn't their husbands actually be playing baseball? And shouldn't a prerequisite be that they're married to a major leaguer? Look at the garbage lineup they put together for this show: Anna Benson (husband sucked and no longer plays), Tanya Grace (not even married to Mark Grace anymore plus he's been retired about 33 years), Chantel Kendall (no longer married to Jason Kendall) and Brooke Villone (oh still married to Ron Villone the journeyman left handed specialist). Seriously, that's all they could get? Yeah can't wait to tune into the lives of gold digging women who fucked up and married the most unattractive untalented baseball players. Should make for awesome TV not. 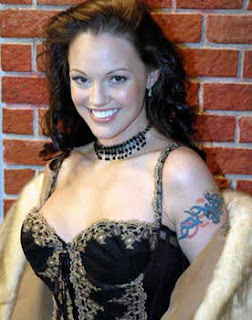