Fuck this shit. I'm sick of this crap that's been going on the last couple weeks. Jaguars thinking they can even compete with the Ravens, shit is fucking sickening. Enough of this shit. I'm going 3-0 this week like a motherfucker. Let's go. 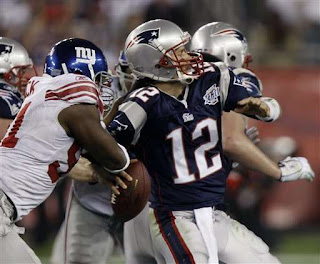 NY Giants +9 - Like I mentioned earlier - the Giants are a bad matchup for the Patriots. I don't like Brady and his nonchalant style in the pocket against this pass rush. That said, it could be one of two games. The Patriots come out and rip through the Giants poor rushing defense with another guy no one has heard of, or they try to shoot it out. Unfortunately for Brady, he's not playing Mark Sanchez this week, he's playing fellow MVP candidate Eli Manning and he's throwing against your 32nd ranked pass defense. I would love for this game to turn into a shootout, if it does, Giants should hang and stay close and possibly steal the game in Foxboro. 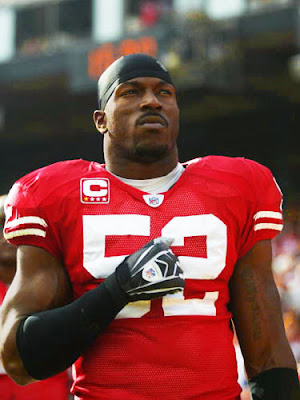 San Francisco -3.5 - I don't know if anyone knows this.... But I love Patrick Willis, which means I love San Francisco. I also hate the Redskins. John Beck vs. Patrick Willis? Yeah right. Like that's a question. Cannot believe this is only a 3 point spread. I'm all over SF here, their defense will put up more points than the Redskins offense. 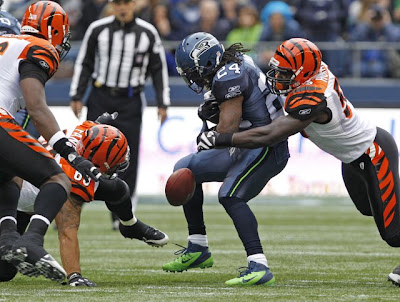 Cincinnati +3 - I feel like I say this every week about the Bengals but here it goes again.... I don't get this spread. I guess the Titans are okay, but really? Chris Johnson even playing? Believe it or not, the Bengals own the 4th ranked overall defense. 2nd in the NFL against the run. Good luck getting back on track this week CJ. I love the combination of Andy Dalton to AJ Green, they look like they've been playing together for years. I like the matchup for the Bengals, they should win this game straight up.


Wild Card picks which I'm obviously awful at, record is 2-6 since starting these.... I don't know why I'm even still doing it, but here we go - two more games:

St. Louis +3 - Arizona is starting John Skelton.... From Fordham.... Whatever, they just shouldn't beat anyone with Skelton on the field - that is if the Earth is still spinning on its axis and everything made sense.

Baltimore +3 - I've been arguing constantly with Galt about this all week, I just can't see his reasoning how Pittsburgh has such a good chance to win this game. Baltimore has the #1 defense in the NFL and already bent the Steelers over 35-7 earlier this year. I love the Ravens in this game, I think they're a better team. Even if they haven't been playing well on the road, I don't care - shit like that doesn't matter when these two teams play each other. I expect it to stay close.
Posted by RP at 11/06/2011 11:02:00 AM