3-0 last week, fucking dominating. Going to keep shit going and try and extend my lead in the standings. Let's go. 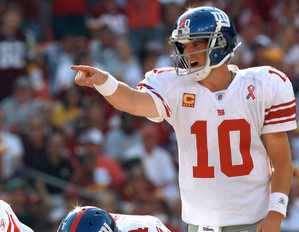 NY Giants +4 - Shocked this spread has been moving past 3, what do the Giants have to do? They go to New England and beat Brady and the Pats and now they're getting shit on like they can't win in San FranFuckingCisco? Give me a fucking break. It's hilarious to me how every analyst is on the 49ers dick about stopping the run - THE GIANTS DON'T RUN THE BALL! So stop that shit all you want, the Giants throw anyway and they will burn SF through the air because they have the MVP not named Rodgers at QB. 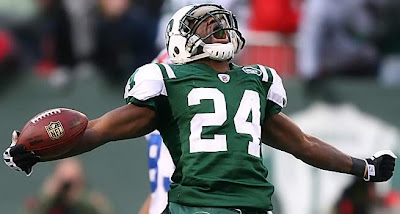 NY Jets -1 - Patriots literally have no clue what's going on. It's pure panic mode in Boston. People committing suicide over Eli beating them again. Not much to say here, I just think the Jets are hot and the Pats are NOT. 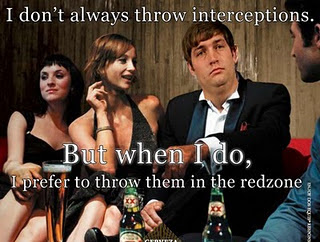 Detroit +3 - Chicago wins one game against the most overrated team on earth and now they're good? Give me a break. Jay Cutler is a fucking pussy, that's why they'll lose. How about that analysis.
2011 Record 16-9-2 (WC 3-7 gross)
Wild Card picks:
Philadelphia -13 - DeSean Jackson is out, who cares he hasn't done shit this year anyway. Vick throws for 350 and 4TD's against this gross Arizona defense.
Baltimore -6.5 - Seattle sucks dick. No home field advantage against the Ravens which they proved since they just won in Pittsburgh. Does Seattle even have an offense? Who cares they're playing the Ravens so it doesn't matter. Ravens might win by 30.
Posted by RP at 11/13/2011 12:58:00 PM