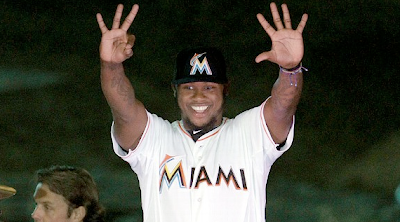 ESPN - The franchise founded in 1993 as the Florida Marlins officially changed its name Friday night in a ceremony at the team's new ballpark. The Marlins also unveiled a new logo, new uniforms and new colors -- orange, blue, black and yellow. The changes emphasize the team's move from a suburban multipurpose stadium, where attendance was poor, to a cozier ballpark near downtown where crowds of more than 30,000 are expected for every game next season.
ESPN - A surprising visit by Albert Pujols sent a message: The Miami Marlins will be a much different franchise than the Florida Marlins. The notoriously thrifty franchise, suddenly in the mood for a spending spree, declined to disclose details of the contract proposal. Free agents Jose Reyes and left-hander Mark Buehrle also received offers after taking ballpark tours earlier this week. "We've never been penny-pinchers," owner Jeffrey Loria said. "We just haven't had the ability to do it in the old stadium. Now we're looking forward to a new era." The 31-year-old Pujols, a three-time NL MVP, is a free agent for the first time after spending his first 11 major league seasons with St. Louis. Pujols and the Cardinals didn't discuss a contract extension during the season, which ended with a World Series title, but he hasn't ruled out remaining in St. Louis. "We're just going to see where God takes us," Pujols said last week. 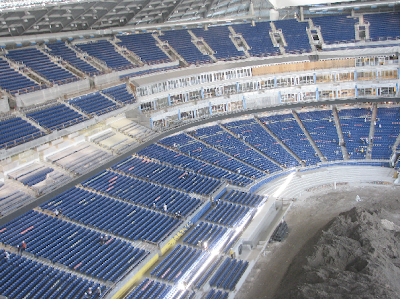 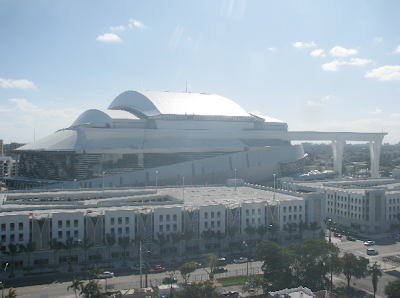 Wasn't it just the other day the Marlins were playing in front of 29 fans? Well looks like they're finally tired of being an absolute joke. How'd they get a new stadium by the way? I'm so confused by the Marlins - how'd they even convince Reyes and Pujols to visit Miami? I'll tell you what, if they pull a Miami Heat this will be fucking amazing. It will flip baseball on it's fucking head. Phillies sitting here thinking they made a splash signing a washed up dirtbag closer and thinking they got the division wrapped up again and here come the Marlins going all Latino in everyones face offering monster deals to the top free agents on the market. I love it, absolute monster power moves. These little Latino's mean business right now. Lost in all of this is how Reyes is no longer a New York Met and the team is officially back to rebuilding. Mets had a nice ride for about three years earlier this millennium when their fans actually believed they'd make the playoffs, now it's back to the drawing board - Hey Mets see you in 2030, maybe. Ahhh, being a Yankees fan is so easy.
Posted by RP at 11/12/2011 01:56:00 PM