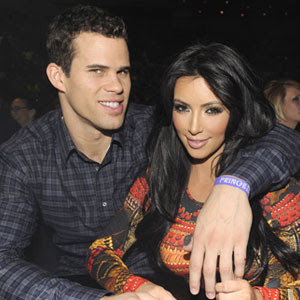 US - What's better than a divorce? An annulment. Kris Humphries plans to respond to Kim Kardashian's Oct. 31 divorce filing with a counterstrike of his own. A rep for the NBA star, 26, confirms to Us Weekly that Humphries will seek a legal separation from Kardashian, 31 -- ultimately leading, he hopes, to an annulment of their 72-day union. If Humphries gets his way, the couple will avoid divorce proceedings altogether. Kardashian and Humphries tied the knot Aug. 20 in Montecito, Calif.; an ironclad prenuptial agreement guarantees that the reality starlet will hold onto all moneys earned during their marriage. Humphries, whose prospects have opened once again now that the NBA lockout has ended, recently signed an endorsement deal with Sector watches worth $150,000. Pals told Us that Humphries freeloaded off of his wife and could be downright cruel during their short-lived union."He belittled her in front of people," one insider said. "He'd call her stupid. It was truly sickening. He tried to control Kim by bringing her down...He would say truly terrible things. One time, he said she had no talent and her fame wouldn't last." Worst of all? Humphries even called the star "fat ass."

I'm so confused right now. What's the difference between an annulment and a divorce? Is an annulment like getting the marriage to disappear? Like 500 million people will forget your marriage ever happened? Is a divorce worse? I don't get it. I guess I don't care because I don't really plan on having any of these problems because I'm not sure getting married is the answer to anything... Unless I hit it off with Miranda Kerr.

But that's not my issue here. My issue is wondering if this article is serious about what he said to her while they were married.... Are they being sarcastic about his behavior being "truly sickening"? Because that's downright fucking hilarious if they're not. If that's truly sickening then whoever wrote this article must not live in the real world because that's pretty much how all conversations between two people in a relationship go. I don't think I'd have it any other way. Like you can't sit there and tell each other cute and cuddly things all the time, it's not all bubble gum and rainbows, you have to hate each other once in a while. Tell the other one they suck when they suck, or then they'll keep sucking. It's constructive.

But I guess it could be pretty sickening when someone actually tells you the truth instead of what you want to hear. "He would say truly terrible things. One time, he said she had no talent and her fame wouldn't last." Oh my God the horror! I could never even imagine someone saying that to another person who got famous for leaking a sex tape. Like are these frauds serious? They're going to argue that statement? Or the fact he said she has a fat ass - Ummm honey isn't that what you're literally known for? Isn't your fat huge ass the reason you're famous? Didn't you openly go on TV and get an X-ray of your huge fat ass to prove it's huge and fat and not stuffed with rubber? Only the Kardashians and their lunatic entourage could create drama over cold hard facts like these. No talent, fat ass - not sure how much more correct Kris Humphries could be.