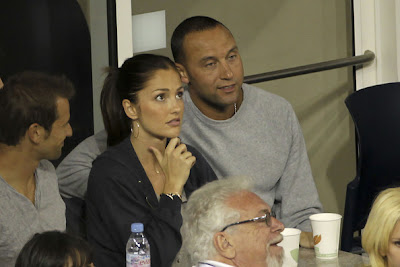 MTV.com -  Minka Kelly and Derek Jeter have struck out after three years of dating.
The 37-year-old Yankees shortstop and the 31-year-old "Charlie's Angels" star, whose relationship began in 2008, confirmed to Just Jared on Friday (August 26) that they've split. Representatives for the notoriously private couple were open to the gossip site about the breakup.

"The split was amicable," sources told Just Jared. "But they remain friends. They still really care for each other."

The couple dodged engagement rumors over the course of their relationship and rarely spoke about each other to the press. When they did, it would often be on the defensive, like when Kelly was interviewed by GQ. The couple was frequently spotted in public together. Kelly was in Yankee Stadium in July for Jeter's 3,000th career hit, and she appeared in the documentary "Deter Jeter 3K," which premiered on HBO last month.