Yahoo! - The story was put together by Lee Klein of the New Times, who says he compiled information from more than a half-dozen sites devoted to tipping.

LeBron James was one of them. The King was given a gift from the gods in the form of basketball talent, but leaving a gratuity is a different story. James, with a net worth of $120 million, turns into a cheapskate when the bill arrives. The Miami Heat star is ranked fourth on the New Times list, thanks in part to a generous $10 tip on a $800 bill from a Cleveland steak house he made stay open until 4 a.m.

I'm not sure what shocks me more, that people are surprised he made them stay open until 4am or that he left a tip at all? Of course this happened in Cleveland, like what'd they expect? His waiter really think that was going to end well? Guy was born and raised there, drafted by his hometown team, the whole city made him one of the biggest untouchable athletes in the world, they gave him their hearts and souls, obviously he's going to fuck you over, he's LeBron. This is what happens when someone is babied and coddled their whole life, they grow up thinking they're better than everyone. I mean 1.25% tip on any bill sucks, I was a waiter myself - but 1.25% on an $800 bill is one of the grimiest things I think I've ever heard of, and I've seen some bad tips. I think the consensus where I worked was that we'd all rather get $0 over getting shafted with a 1% tip. I'm trying to imagine what he was thinking when he tossed his Hamilton on the table, just can't come up with an excuse for him. But when you're this self-centered and egotistical, I'm pretty sure making everyone else around you feel like shit is par for the course.


“At the end of the day, all the people that was rooting on me to fail – at the end of the day they have to wake up tomorrow and have the same life that they had before they woke up today, they have the same personal problems they had today … They can get a few days or a few months or whatever the case may be on being happy about not only myself, but the Miami Heat not accomplishing their goal, but they have to get back to the real world at some point.” - LeBron James
Classy. 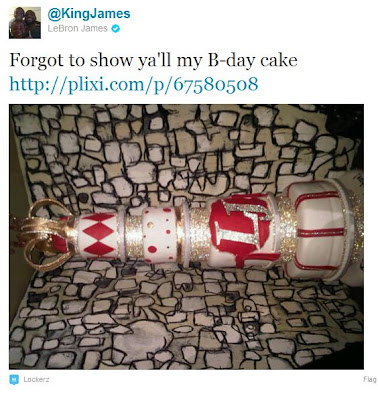