Did We Just Have An Earthquake?

My building was just shaking and everyone is flipping out. People outside on Flatbush Avenue like what the fuck is going on? That was a first for me, some crazy shit. You heard it hear first though, kid fuckin blogs through earthquakes!

Seriously though, that was weird. Felt like I was on a boat just now.

UPDATE: Yes, that was in fact an Earthquake - centered in Virginia 5.8 magnitude. Earthquake in VA, computer screens shaking in Downtown Brooklyn, crazy shit. 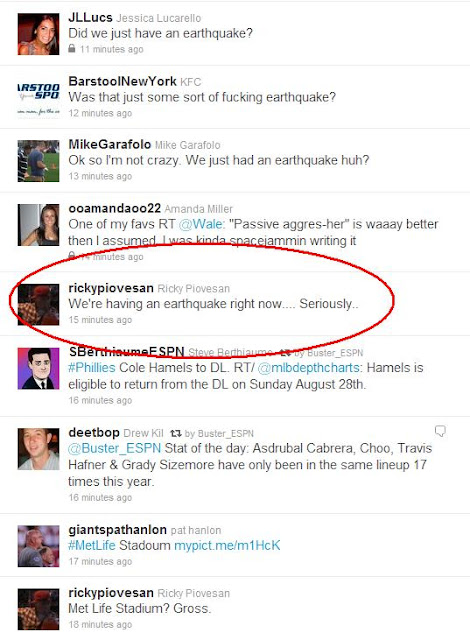 Email ThisBlogThis!Share to TwitterShare to FacebookShare to Pinterest
Labels: Earthquake