How Does Norv Turner Still Have A Job? 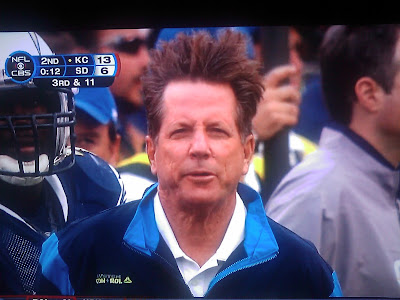 ESPN - The championship window has closed in San Diego. Once considered the best roster in the league, the San Diego Chargers have seen impressive depth dwindle, they’ve gotten old in key spots and they have lacked toughness. The result has been a steady decline in the last two years. “They are one of the most confusing teams I’ve ever seen,” Gary Horton of Scouts Inc. said. “You expect so much from them and then they don’t deliver … They should be so much better, but then you watch them and they can’t do it. I just don’t get them.” The Chargers -- widely considered as a Super Bowl contender going into this season -- stagger into a Monday night game at Jacksonville on a six-game losing skid. It is the Chargers’ longest such streak in 10 years. After starting 4-1 and looking like a playoff team, San Diego is now 4-7 and apparently on course to miss the playoffs for the second consecutive season. After owning the AFC West for four years, the Chargers are 13-14 since the start of the 2010 season.

I feel like I always ask this question, but seriously - how has this guy not been fired every single season? Has anyone ever done less with more? He was handed a Pro Bowl roster and simply just can't win. It's like he just stands around and doesn't say or do anything, like he just doesn't coach, at all. I don't live in San Diego so maybe I just don't hear all that much about him, but it's really like he doesn't even exist, like the Chargers are still looking for a head coach and decided to just move on the last couple years without one - just have a ton of assistant coaches trolling around the sidelines. They need to fire this guy and they needed to fire him yesterday. 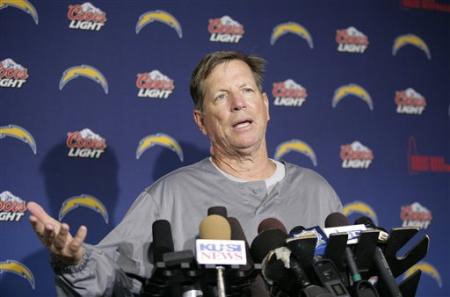