Joe Staley Tells Fans Not To Do The Wave 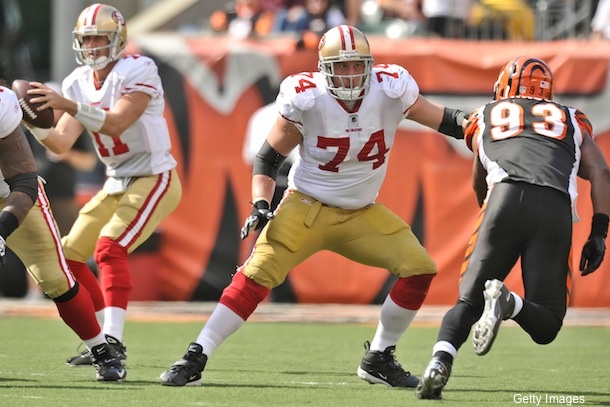 Yahoo - San Francisco 49ers offensive lineman Joe Staley has a reasonable request for fans of the team: Don't do the wave when the Niners are on offense. The former first-round pick became peeved with fans at Candlestick Park on Sunday when he noticed they were doing the wave after quarterback Alex Smith was sacked during the third quarter of a 26-0 victory over the St. Louis Rams. He went on Twitter and kindly asked the fans to stop the mass cheer. "Thanks to the fans for being so supportive and great this year so far," he wrote. "Keep it up. Just don't start the wave anymore when we are on offense." Staley wouldn't have been out of line asking fans to stop doing the wave altogether, mainly because it's the the worst stadium ritual this side of the vuvuzela. He's accepting that sometimes fans just want to stand up in harmony to produce a rhythmic human undulation in a concrete bowl. Provided they do it at the right times, it's fine.

Could there be two more pompous assholes on the planet than these two? First there's an offensive lineman making demands from the crowd trying to cheer for his team after they give up a sack, then this jerk reporter up on his high horse. Seriously where does this guy get off insulting the wave? This guy might as well be a communist as far as I'm concerned, because hating the wave is like hating America. You just don't do it, bottom line. I hope this guy gets waved on every time he goes to a game, just wave hitting him in the face everywhere.
Posted by RP at 12/05/2011 01:57:00 PM