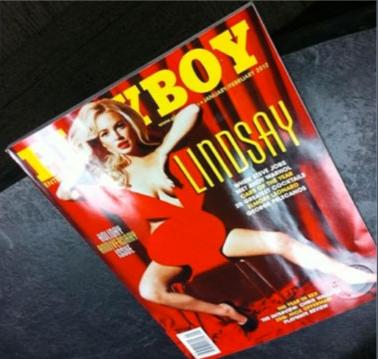 Insider - While Lindsay Lohan's Playboy pictorial remains undercover (but not under much, from what Dina Lohan tells The Insider), the cover of her January/February 2012 issue has leaked online and, I have to say, LiLo looks top notch! In the picture, she's seen straddling the icon Playboy logo, which strategically covers her bits. Of the shoot, Dina said it would be tasteful -- a.k.a no full frontal for Lindsay! The actress is set to unveil the entire spread on the December 15 episode of Ellen.

Ok? I don't get it. This is what all the craze is about? Someone posted this online and has like 29 bajillion hits? World is a strange place.... Maybe people are into this shit, I don't know? Personally I'm not a fan of this little slut and her 32 minutes in jail for grand larceny and drunk driving and coke charges - so I could give a shit less about this. Oh yeah and there's free porn on the internet with much hotter women? That helps. Like who gives a shit about people being in Playboy? That boat sailed in like '97. Internet has crushed this thing, Lohan might've gotten a nice paycheck because Hef is loaded, but this can't possibly help anyone. I actually think this picture does more than her shitty cover: 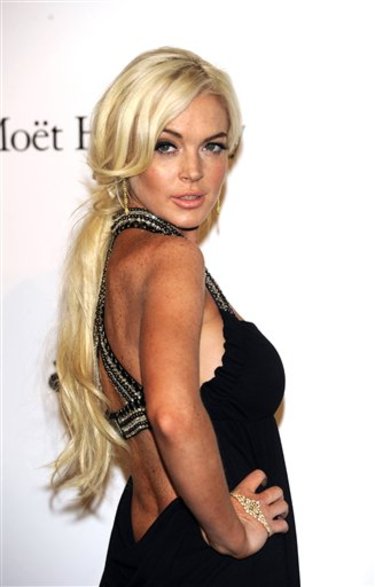