Remember Steve Smith? Not Sure Think He Plays For The Eagles Well He's On IR Now 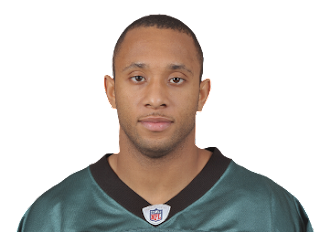 ESPN - The 2011 season has not gone exactly swimmingly for wide receiver Steve Smith. Prior to the campaign, he wasn't able to work out a mutually acceptable contract with the New York Giants, and instead wound up with the division rival Philadelphia Eagles. Once there, he's had trouble getting on the field, even as Jeremy Maclin and DeSean Jackson have been limited by health problems and other issues. Perhaps part of the reason for Smith's struggles is health-related as well, given that he was returning from microfracture surgery. In any event, Smith was placed on season-ending IR on Monday, according to an official team release. Given that he signed just a one-year deal, his time with the organization may be through.

Know who I don't feel sorry for? Steve Smith. If you were in NY, the place that cared so much about you, probably would've cared to treat your knee a little bit better. You were looked at as nothing but a roster spot in Philly, using you just to piss off the Giants, yet had no plans to actually use you on the field. Could've had all the Karako you could handle if you stayed in NY, but nope, just had to go and be a dick. I'll tell you what, if you think you're coming back to NY after this season - you might have a place on the team, but no fucking way is Karako gonna be coming to knock on your door. You're gonna have to BEG Karako to have you endorse them and their "Buy 1 Get 73 Free Of Equal Or Lesser Value" deals. Should never have walked out on a once in a lifetime endorsement like that, just because you were throwing little temper tantrums that the Giants didn't love you enough. Shame on you Steve, shame on you.
Posted by RP at 12/13/2011 11:24:00 AM