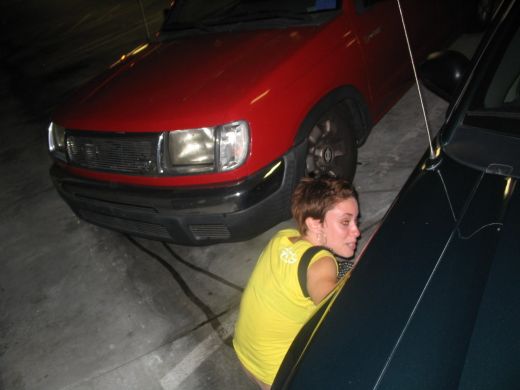 TMZ - The meter reader who found Caylee Anthony's remains has filed a lawsuit against Casey Anthony, claiming the freshly acquitted defendant defamed him by pointing the guilty finger in his direction. Roy Kronk alleges in his lawsuit ... Casey's lawyers acted as her agents when they went on a media blitz accusing him of doing in the toddler. Kronk points to various statements the lawyers made to reporters, including, "Roy Kronk is the Killer," "Roy Krong is a childsnatcher," and "Roy Kronk is guilty." Kronk -- who never got a retraction -- now wants punitive and other damages.

Kind of hard not to agree with Kronk here, mostly because it's as close of a name to Gronk as someone will ever get. I hope for nothing more than him channeling his inner Gronk and spiking his millions of dollars right in this sluts face when he wins. Take the 15 yards on the kickoff, it'll be worth it. Seriously how was she not guilty?
Posted by RP at 12/22/2011 11:01:00 AM