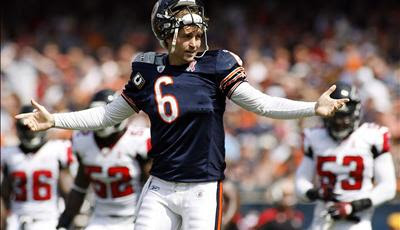 1) There is now a flag every other snap in an NFL game, if not more. It's becoming infuriating to watch. Instead of finishing plays, it's more common to just see players complaining and asking for flags. Literally every single time a quarterback is touched he holds his hands up to the ref asking for a flag, it's so fucking annoying I can't even stand it. I saw Mark Sanchez do it maybe 10 different times yesterday. It's looking a lot more like the NBA right now. 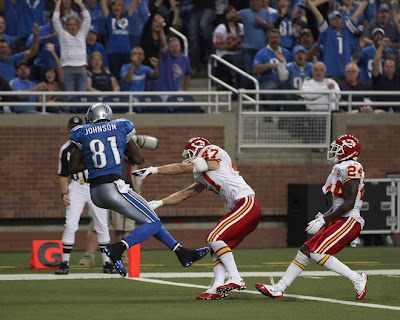 ﻿
2) The 49-3 score in the Chiefs/Lions game shows us more about the Lions then it does about the Chiefs. The Lions are just that good right now. They have a ton of young talent that's starting to finally fill its potential. Stafford looked like a #1 pick, so did Calvin Johnson, the two of them are going to be insanely hard to stop if they can stay healthy and be on the field together at the same time. That's been a struggle so far in their careers, but we see how good they can be when they're working together. With a defense starting to come together, this is an actual team, and they're good. As for the Chiefs, they said goodbye to their season at the same time they were saying goodbye to Jamaal Charles. 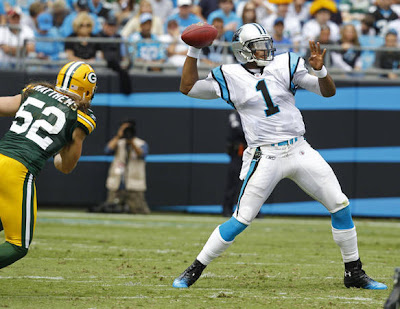 3) Cam Newton is shocking the NFL world. He set the franchise record for most passing yards in the team's first two games by about 300 yards. Since the merger in 1970, he's second all-time for most passing yards in the first two games of a season by throwing for a rookie debut record 422 yards in week one and 432 week two, second to only Tom Brady (517/423). He still threw 3 INT's which shows he has a lot to work on, but the guy can throw the rock better than anyone predicted. Steve Smith is back from irrelevance and is looking like his old self again. 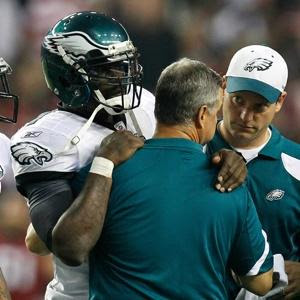 4) The Eagles are in a lot of trouble if Vick is out for an extended period of time. We all knew it'd be a struggle for him to make it a full 16 games, but concussions are tricky. If he's not able to go next week, the Giants all of a sudden look a lot better in that game. Game planning for Mike Kafka is a whole lot easier than game planning for Vick. He potentially could miss a huge divisional game, and the Eagles "Dream Team" could find themselves in a 1-2 hole before they know what hit them.﻿ 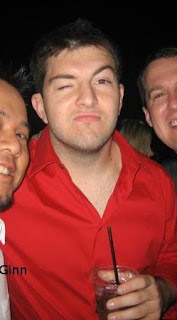 5) The Buffalo Bills and the Washington Redskins have already reached their projected win totals for the season. Can only go downhill from here.... Right?
MONDAY NIGHT FOOTBALL: 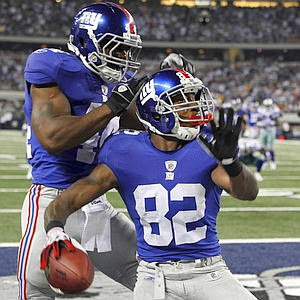