Yankees Never Wanted Crawford And His 18 Steals, Just Wanted The Red Sox To Pay Out Of Their Ass 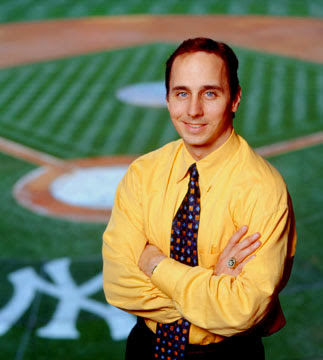 
"I actually had dinner with the agent to pretend that we were actually involved and drive the price up," Cashman said. "The outfield wasn't an area of need, but everybody kept writing Crawford, Crawford, Crawford, Crawford. And I was like, 'I feel like we've got Carl Crawford in Brett Gardner, except he costs more than $100 million less, with less experience.' "


Surprisingly, one could argue that Gardner has had a better season than Crawford. Gardner is batting .261 and leads the league with 46 steals. Crawford never got going in Boston and is hitting .259 with only 18 steals, the fewest he's had since his rookie season.


Going into the season, Cashman said Red Sox GM Theo Epstein, who also landed Adrian Gonzalez, "kicked my a-- in the offseason."


How does he feel now after winning the division?


"What I said was accurate: The Red Sox had a great winter, and I had a bad winter," Cashman said. "But as it turned out, I had a better winter than anybody would've expected, including myself."


And it cost the Red Sox.

Listen, do I think Cashman is being honest here? Absolutely not. But who cares? Shit is hilarious. You wanna talk about playing chess while everyone else is playing checkers, look at my man Brian here. I can just see Theo Epstein flinging shit around his office like a little pussy boy about his terrible $142 million dollar purchase. Seriously look at those stats, Brett Gardner playing like a $150 million dollar outfielder just leading the league in steals no big deal. Of course Cashman looks like the genius he is, holding onto our stud catcher who will be in All-Star by next season. We got Nova who can't lose a fucking game if he tried on his way to taking home Rookie of the Year. Cashman will get GM of the year, Girardi manager of the year, and the team will get to take home that gigantic trophy when the World Series ends sometime in the middle of November.
Posted by RP at 9/23/2011 06:07:00 PM