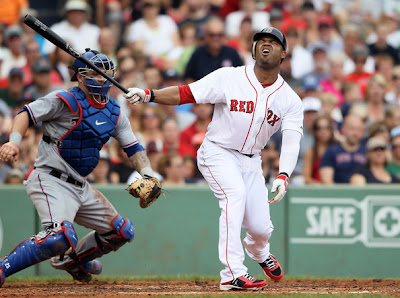 On Thursday night, he went searching for one.


"You're always looking for signs, man. You're looking for signs from the baseball heaven and the baseball gods," he said after the Rays followed a fluke play with a three-run homer and beat the Boston Red Sox 9-2 to cut their deficit in the AL wild-card race to three games. "They've got to throw you signs once in a while. They've got to give you something to further the belief."


Evan Longoria hit a three-run homer and B.J. Upton and Casey Kotchman each hit two-run shots for Tampa Bay, which had trailed the Red Sox by nine games in the wild-card race on Sept. 3.


The Red Sox dropped to 3-11 in September to fall from first place in the division to 4½ games behind the New York Yankees and into a race with the once-dismissed Rays for the wild-card. Boston and Tampa Bay play three more times at Fenway Park this weekend.


Game notes The Boston fans gave a cheer when former Red Sox star Johnny Damon was hit by a pitch in the sixth. ...


Pretty typical Boston fans, cheering the man who was the main reason they won a World Series. Class acts up there with there frat boy Boston hats, faded t-shirts, flip flops, shitty accents and Sweet Caroline.

But this little slide they're on is pretty funny. Not even a month ago everyone was saying the Yankees would barely get the Wild Card and the Red Sox were World Series bound. Yeah, gonna be tough to make a run at the World Series from your couch. I smell a sweep for the Rays this weekend. The repurcussions of that would be remarkable. I think this would set the franchise back about 100 years if they get swept this weekend and get bounced from the playoffs.

Talk about clutch, 3-11 in September. Pedroia finally lost all of his hair. Guess Adrian Gonzalez and Carl Crawford weren't really smart moves, huh? Spending a bajillion dollars on free agents just to collapse in clutch spots - how's that feel Boston? I'll tell ya what, Yankees would never do something like that. 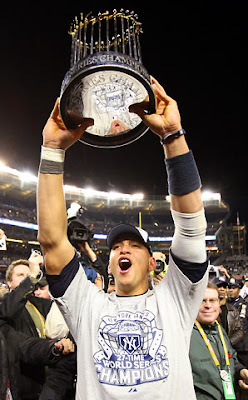