Who Wins In A Fight? Muhammad Ali vs Mike Tyson 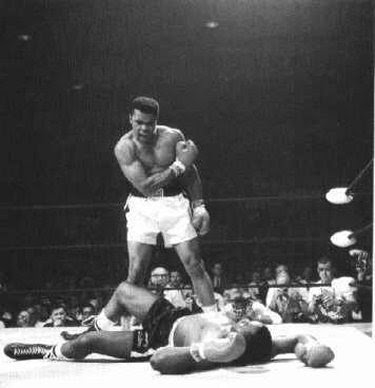 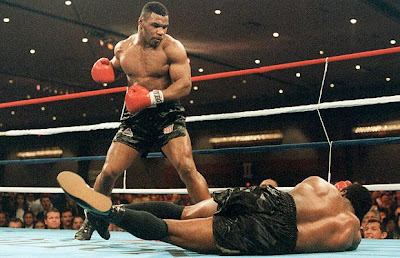 I must've heard this question a billion times, and I still can't understand how this is still even a question. Here are the only stipulations: Both fighters are in their primes. We'll say Ali around 1965-'66 when he became champion and started his run of title defenses and Tyson around 1986-'87 when he was the first heavyweight of all-time to hold all three WBA, WBC, and IBF titles at the same time.

The answer is clearly Tyson. I can't fucking stand people who argue these two points:

"Oh well Ali could defeat you with his mind, he was intelligent."

-Shut the fuck up. Are you kidding me? Have you heard Mike Tyson speak?? He's the one who would fuck with your mind.

-Then why ask this question in the first place you idiot? It's not Tyson's fault he was better than everyone on earth. By a lot.

Look, Ali might have been quick on his feet, but so was Tyson. No one in history combined speed and power like Tyson. Just watch highlights of this guy, he was an absolute monster. Ali could dance like a butterfly all he wants but Tyson was just as quick and he would no doubt knock his fucking head off. Ali tried toying with Tyson like that and I guarantee he'd get hurt. Yeah Ali is bigger at 6'3 but did that matter to all the other guys Tyson knocked out?

Tyson started his career with 19 knockouts and 12 of them came in the first round. He knocked out Larry Holmes in the 4th round of a fight. Why does that matter? At the end of his career, through 78 professional fights - Holmes had been knocked out 1 time.... And it was by Mike Tyson.

I just don't see a counterargument here. Tyson was the best there was, you put him against anyone and he would just brutally knock them out, didn't matter who you were. In their primes, I just don't see this even being a contest. Tyson via TKO in the 3rd round.
Posted by RP at 9/30/2011 03:53:00 PM