Sarah Palin Stalks Out And Has Sex With Glen Rice 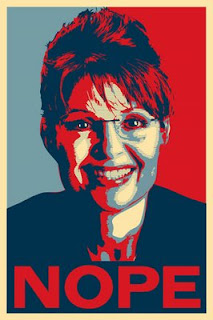 The scandalous details are revealed in the highly-anticipated tell-all "The Rogue: Searching for The Real Sarah Palin," written by best-selling author Joe McGinniss.

Palin bedded future pro hoops player Glen Rice while he was playing at the University of Michigan, the National Enquirer reports about the McGinniss book.

The sharp-shooting Rice - who spent one season with the Knicks - was playing in the annual "Great Alaska Shootout" while Palin was a sports reporter with Anchorage television station KTUU, the Enquirer said. Their one-night stand over Thanksgiving weekend 1987 reportedly occurred in the dorm room of Palin's kid sister at the University of Alaska Anchorage. Palin was described by a friend as the aggressor, with the pal reporting "she hauled his ass down," the Enquirer said.

Less than a year later, Palin was pregnant by husband Todd and the couple eloped.

The book also repeated allegations - denied in the past by Palin - that she had a six-month affair with her husband's business partner in the mid-'90s.
The book also reports that Palin was once seen snorting cocaine off the top of a 55-gallon drum while snowmobiling with friends. She also smoked pot with a professor while at Mat-Su College, the book says.

And it quotes a Palin family friend as saying that husband Todd Palin also snorted coke, describing him as "on the end of the straw plenty."

The Enquirer quoted a publishing source about the explosive stories contained in the 320-page book, due in stores next week.

There was no immediate response from the Palin camp.

No shit there was no immediate response from the Palin camp! They probably had the same exact reaction that I had when they saw the headline: "Sarah Palin Had Sex With Basketball Player, Snorted Cocaine And Cheated On Husband" -- and it was "Get. The Fuck. Outtttaaa Hereeeee." I never realized I was such a sucker for political gossip but when I saw this, my heart started racing! I've never been so excited to blog something before. I don't know if it's just the images of Sarah Palin being the dirty slut I've always wished she would be, or her fall off of the attention whore mountain hitting every rock on the way down, or pictures eventually surfacing from Glen Rice splitting her in half.

I remember when Bill Clinton admitted he smoked weed, everyone my age was like who gives a shit? The drugs that were around in the 60's and 70's were like soda now a days. Every person on earth tried some of that shit, yes so did your parents. If you're that naive then quit reading this blog because eventually I'll tell you that Santa isn't real, either. Don't want to ruin your perfect little world but that's what happened. Mommy and Daddy got high and drunk as shit, that's how you were born. We were all mistakes! Big deal. Show me people lining up coke now on a 55-gallon drum, and then you get some props. Back in the 80's? Who cares. Canseco was snorting lines off his bat in between pitches while going 40/40 on the American League bashing cocks with McGwire.

All I know is, I have no doubt that all the facts of this story are true. Only thing I doubt is that her husband was a coke head, but who cares? That's irrelevant. I can just see her with her shirt half ripped off blowing lines like she's Whitney Houston. In between snowmobiling trails up in Alaska just pulling over to roll up some dollar bills and get busy. I bet the fear of getting eaten by bears and wild wolves goes way down after a couple of those. Really enjoy the outdoors after a couple lines of that shit.

And I can totally see her hunting Glen Rice down like some sort of psycho after he dropped 50 in one half of the Alaska Shootout. He probably crossed some Alaskan dude off the dribble and touched the backboard on a layup and she got soaked. Hit up her younger slut sister on the beeper and stalked Big Glen down, chloroform to the grill and raped him. He probably woke up and tore her up again, then said - fuck this, on to the NBA. He probably had no idea this psycho would turn into females best shot at President of the United States. Shit who really would have thought that anyway? She wasn't even thinking that until she got some prescription for those slutty librarian glasses, realized how smoking hot she got as she got older and figured out that's all it took to get some national attention to run for President. Ladies, take notes.

Arianny Celeste would be next President no problem if she tried to run right now. Fact. 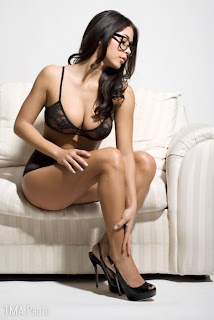 Your First Female President of The United States! 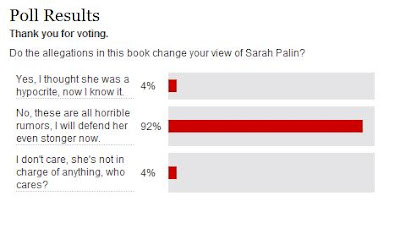