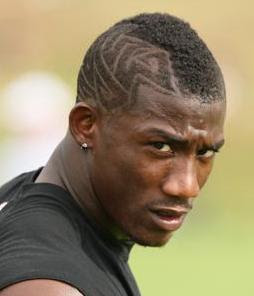 ESPN - Don't tell Antrel Rolle that the Washington Redskins and Rex Grossman might be better than expected this season. And certainly do not tell him that the Redskins are better than the Giants.

"As a team and organization, we know that the Washington Redskins is not a better team than us,” Rolle said in his weekly spot on WFAN radio. “We know that hands down. If we played them 100 times, they might win five. They won that day. It never leaves a good taste in your mouth when you lose to an opponent that you know you are better than.”

When asked by WFAN hosts Joe and Evan if he was impressed by Grossman or thought the Redskins were better than he thought, Rolle replied, “No, not at all.”

Rolle finished with six tackles but was flagged for a costly 15-yard unnecessary roughness penalty in the fourth quarter after the Giants defense should have gotten a stop. On a 3rd-and-9 at the Washington 45, Grossman hit tight end Fred Davis for a seven-yard gain but Rolle’s penalty gave the Redskins a first down at the Giants’ 33 before they eventually scored to make it a 14-point lead with 5:04 remaining.

Can someone please tell this clown to shut his mouth? This guy talks way too much and it needs to stop. Listen when Rex Grossman shoves the ball down your throat for over 300 yards, stick your fucking tail between your legs and go home and shut up. Like damn, how about being humble? "Redskins is not a better team than us"??!?! If you're gonna speak learn how to do it! Holy shit, this guy is so embarrassing. I'm a Giants fan for life and someone who couldn't believe in this team any more than I do. But with guys like this on the team, it worries me. Confident is one thing, but delusional is another. This guy is the ladder. Since he's been on the team all he's done is talk.

Awesome penalty by the way, only happened in the 4th quarter on an extremely important 3rd and 9 when a stop would've given you the ball back and a chance to still win the game. That penalty literally lost the game for the Giants, but I guess it's okay since 95 out of 100 times you'd beat the team that just smoked your ass.

Without Osi Umenyiora, Justin Tuck, Terrell Thomas and Jonathan Goff - this defense fucking sucks. There's no getting around that. I think they'll have a couple decent games once they get their two Pro-Bowl DE's back, but the secondary is an absolute joke.
Posted by RP at 9/14/2011 10:33:00 AM