Sportsmanship In Cross Country Must Feel So Fantastic 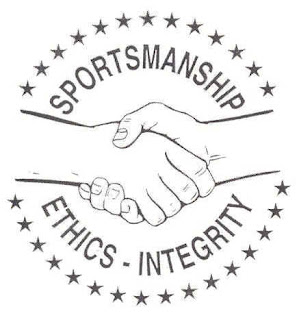 YAHOO - Josh Ripley didn't have to stop. Running in a recent cross country meet for Andover (Minn.) High, the junior varsity runner was making his way through the trail at the Applejack Invite when he heard a loud scream during the first mile of a two-mile race. Most of the other kids running didn't pay much attention to Lakeville South runner Mark Paulauskas, who was writhing in pain at the time, as they passed by.

The only person who decided to pay attention was Ripley. Ripley immediately noticed Paulauskas holding his bloody ankle. Then, instead of running back and calling for help, he did the only thing he could think of: He carried the injured runner a half mile back to coaches and family members.

"I didn't think about my race, I knew I needed to stop and help him," Ripley said in the school district release. "It was something I would expect my other teammates to do. I'm nothing special; I was just in the right place at the right time."

It was a good thing Ripley had the foresight to carry Paulauskas so he could be rushed to the emergency room. When Paulauskas arrived at the hospital, doctors realized he had been accidentally spiked by another runner's shoe during the race. The injury required 20 stitches and a walking boot to keep the wounded area from opening up.

Andover cross country coach Scott Clark couldn't believe what he heard when word got to him that Ripley was carrying another runner back to the starting line.

"Then Josh comes jogging into view carrying a runner," Clark said. "I noticed the blood on the runner's ankle as Josh handed him off to one of the coaches from Lakeville. Josh was tired and you could tell his focus was off as he started back on the course."

Amazingly, the story gets even better from there.


After dropping Paulauskas off with his coaches, Ripley proceeded to go back and finish the race -- even after carrying a kid for a half mile on the running trail. Admittedly he was a bit winded, but still completed the course as scheduled.

It's safe to say the average athlete would have taken a breather and called off the rest of the race after such a harrowing and intense experience. Luckily, Ripley is clearly not the average athlete. Fittingly, he'll be honored at a school board meeting next week. Talk about an incredible example of sportsmanship.

I can't tell you how much I hate stories like this. Teaching kids to just give up on shit to help out some random enemy they were training to beat the shit out of and then in the biggest moment just fucking lose everything to help this pussy with his paper cut? Give me a fucking break. Why was he on the floor crying? Dude you got spiked, walk that shit off. Where were the EMS people? What they just stand at the starting line? Hey newsflash EMS people, injuries usually occur during the event, maybe get your ass out on the course so you're closer to people who get dehydrated or pull a hamstring or get stepped on?

Getting any type of sportsmanship award was the fucking rock bottom of someones athletic career in high school - that was like realizing you're just not good at athletics and it's time to move on to a different avenue in life. But I have a feeling something like this in the cross country world is like winning an MVP trophy. Like races don't matter - there's no professional cross country teams scouting the high school circuit for talent, it's like this is their opportunity to help the community or some shit to put on their resume. They probably train for spotting shit along the course they can stop and help, like an injured insect or something. They flip the ant over from being on his back or something so it can walk around and get stepped on by someone behind them and then they get some sort of star on their racing bib for a good sportsmanship play. Just some bizarre type of behavior that goes on along those trails.

How awesome must it be to be honored at a school board meeting in front of like 3 people? What an honor! Just class act all the way! I mean that's what you do for someone who is CLEARLY not your average athlete. I can only imagine the harrowing and intense experience from seeing another racer with a scratch on his leg. I just hope he can make it and there's no traumatic stress syndrome to follow, I don't know if I'd be able to handle that shit.
Posted by RP at 9/22/2011 03:14:00 PM