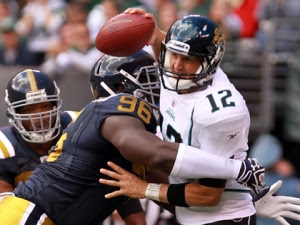 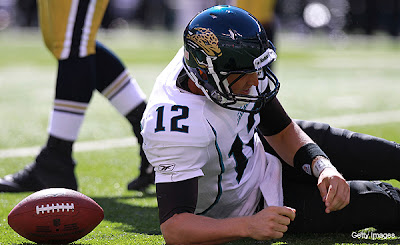 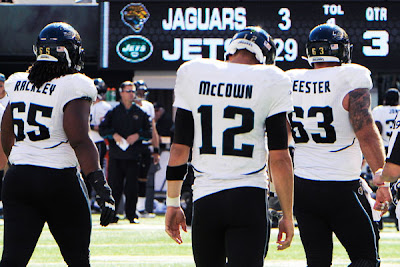 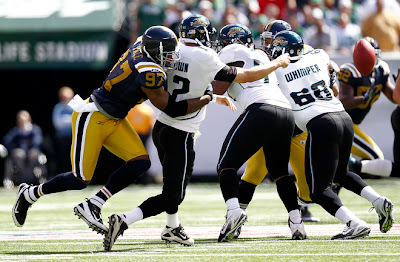 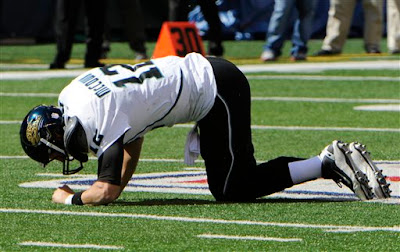 You gotta feel for Luke McCown here. Probably did nothing this offseason, just kind of lounged around and drank some beers. Typical offseason for a 33-year old back up QB with no chance of seeing the field. When the guy in front of you was given a contract extension through 2014 worth $60 million, you probably don't expect to contribute much to the team. Then all of a sudden when the team inexplicably cuts him a week before the season, the career 2-7 starter who hasn't started an NFL game in 4 years is thrust into the role. "Fuck me" must've been all that went through McCown's mind. I'm sure he went straight to their GM asking "Wait so you're not going out and signing anyone else?? So you're really going to make me start.... Okay, you sure you wanna do this?? Alright, I'll do what I can, don't really remember how to play QB but I'll try."
Seriously, once it was 29-3 in the 3rd quarter, why did they put him back out on the field? I honestly felt bad for him. I don't know how a Pro-Bowl 33-year old starter was cut in favor of an out of shape 33-year old who literally can't play the position. Just an embarrassing move by the Jags here. Blaine Gabbert should've been in the game a lot earlier. Not to mention Luke completely ruined my chances of winning my fantasy week by handing the Jets turnover after turnover while adding a safety to the mix. Thanks a lot dick.