Bet Your Beer Money On It Week 1 Picks

Alright, it's week 1 - Probably the toughest week to predict. So many things can happen, so many teams will surprise, but these are the three games I refuse to believe will defy recent history.

The Bills are a joke, always have been. They even made going to 4 straight Super Bowls comical and unrespectable. I love Kansas City at home and love their running game. I think they dominate time of possession and use their underrated defense to do work on a weak Bills offense. Wouldn’t even count out Eric Berry for a pick 6 in this one. 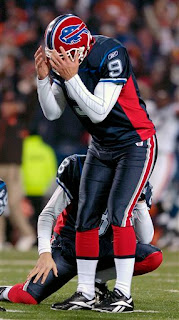 I don’t know when Tampa Bay started getting all this respect, but I’m not on their bandwagon. I am however on Detroit’s. They have a ton of young talent that’s been together for a while now. They show glimpses of it, but can’t seem to stay healthy long enough to reap any benefits from it. Right now everyone is healthy and they have a seriously scary defensive front. I cover my eyes when I watch Ndamukong Suh play, he scares me. I think they handle Tampa’s running game and force Josh Freeman into some mistakes that he forgot to make his rookie year. Detroit used to be an awful road team, but those days are behind them, this is a very talented young team. 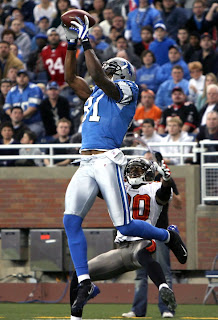 
I know that Peyton Manning is out, but Houston is a 10 point favorite over the Colts. The Eagles are preseason favorites to reach the Super Bowl and only 4 point favorites on the Rams? On turf? With two of the fastest most explosive play makers in the league? Yeah I’ll take the dynamic offense in a dome on turf against a shaky defense every day of the week and twice on Sunday’s. Double the spread I’m still taking Philly. 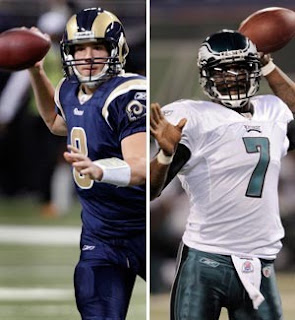