Enough With This Bartman Shit


Seriously, who gives a shit? The Cubs will literally blame anything for being the biggest choke artists of all-time. A fucking goat? Really? I hate the Red Sox but I respect them for not blaming a billion years of losing on a goat or some nerd who tried to catch a foul ball. They blamed it on the Curse of the Bambino, and believe me that was shit was as real as it gets. It's not like that foul ball he tried to catch was ending the game, or had any implications on the outcome whatsoever. The Cubs were up 3-0 with 1 out in the 8th. End the fucking game yourself. You don't need help from Steve Bartman.﻿ Maybe if Alex Gonzalez can catch a ground ball that would've ended the inning, they wouldn't have given up 8 runs. I wanna know how this nerd caught so much shit for this, and Alex Gonzalez is cool to walk into Wrigley with no problems. Dude literally lost the game for them, but that doesn't matter - Cubs don't care, their delusional fans don't care - it's like they want to keep losing so everyone feels bad for them or something. And even after all this shit, they played Game 7 and still couldn't get it done. So don't fucking give me this shit that this guy who went after a foul ball with 9 other people around him doing the same thing was the one who lost you a shot at the World Series. You lost your own shot. Suckers. 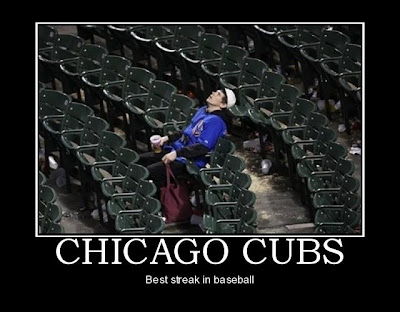