I honestly don't even want to write this. I almost X'ed out the browser, but this needs to get done. I'm tired, embarrassed, just don't wanna do it. Look, it's time to come to terms with the fact the Giants are going to suck this year. I refused to believe it because I believe in Jerry Reese and the direction he takes the team. He obviously took the wrong fork in the road and whiffed big time on whatever his direction was, because they suck. They have no one left on their roster. They had to play 3, count it THREE, sixth round draft picks yesterday - starting one of them at middle linebacker ho hum ho hum just the most important position on defense. That's like Kerry Collins starting for the Colts. Watching them attempt to play the game of football was so depressing yesterday I took off my jersey in the beginning of the 4th quarter. Last time I did that was when they were in San Diego getting blown out 45-23 back in 2005. What jersey was I wearing yesterday? The most overrated "rising star" in the league: 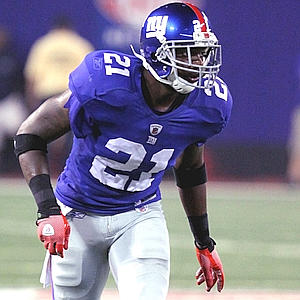 Has anyone been more hyped than this guy? I've been on his dick since he came in the league because I was convinced he was the next Ed Reed. The Giants have been dying for a swagged out ball hawk safety but this guy looks more like James Butler: 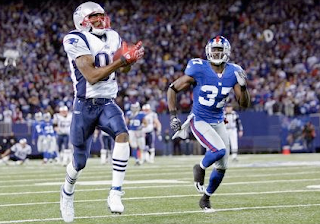 Pretty much following in his footsteps, literally. Only highlights you see are highlights of him chasing a touchdown. Pretty familiar. Looks like same guy in a different number. Phillips either isn't fully recovered/not the same from his micro-fracture surgery, or he's just not good. He showed flashes the games right before he got hurt, but nothing since. It's just been guys beating him down the sideline for uncontested catches. He gets there 5 feet late every time.
He's just part of the issue, because the entire secondary sucks. Blame it on injuries or whatever you want, but these are professional athletes who get paid a ton of money, they should be able to play basic defense. The front got pressure consistently but the back 7 couldn't hold receivers longer than 2 seconds so fucking Rex Grossman put up 300+ yards. That has to be the biggest slap in the face to the defense. You made Rex Grossman look good. That's almost impossible.
I'm not even going to get into the offense and the same generic off-tackle running plays on 3rd and 1 and 4th and 1. MIX IT UP! Holy shit they are so fucking predictable it makes me sick. And let's just keep leaning on Ahmad Bradshaw instead of the 6'4" 270lb. running back on 4th and 1. Real fucking genius.
Posted by RP at 9/12/2011 12:38:00 PM