The Chiefs fucked me so bad last week I should get 2 losses, but I don't HA - So I went 2-1 last week. I'll take that on my LOCKS. Now time to look at some Week 2 LOCKS! WOOOOO!

I have no idea how Buffalo wins one game and now they're favorites? When was the last time they were favorites in a game? Hosting a team that just worked a division opponent on the road. Darren McFadden is going to run wild on the Bills, it's going to be epic. I say he goes over 150, at least 2 touches. Since I have Michael Bush on my fantasy team he obviously isn't going to do shit, it will be DMC all day err day. Raiders pass D is a lot better than the Chiefs, and Fitzpatrick comes back to earth this Sunday. 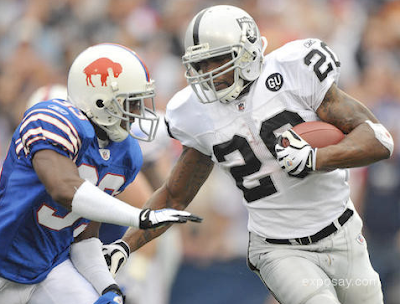 New England -7
Philip Rivers can't beat the Patriots, just can't do it. Including postseason he's 1-4 with a 78.4 rating against them. Plus, did anyone else catch a pass from Tom Brady last weekend? Guy just told all of New England to show up hammered drunk and rowdy as shit for their home opener. With that going on behind him, he might put up 600 yards and Gronk will have 2 scores. This will be a barn burner but New England will put up most of those points. 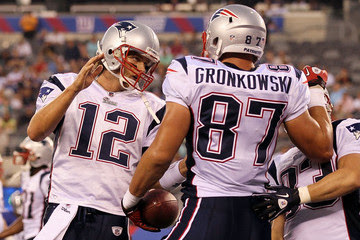 Pittsburgh -14
I usually stay away from spreads this big, that's what she said, but Pitt is coming off an embarrassing loss to Baltimore last week in which they made 7 turnovers and Hines Ward got fucking laid out. You don't think they're going to come out a little pissed off?? Seattle is still rebuilding and they have no idea what they're walking into at Heinz field. Crowd will be nuts and the Steelers will be fired up. This should be a blowout. 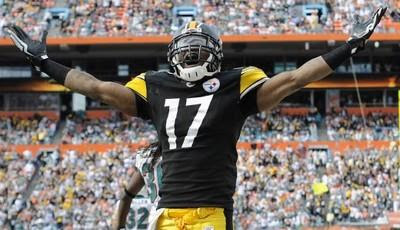