Let's get right to it: 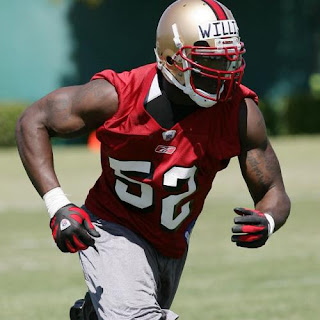 San Francisco +2.5 - Really? Underdogs to Cincinnati? You would pick ginger Andy Dalton over Patrick Willis? Yeah fuckin' right. Cincinnati has no shot in this game, San Fran's D is too good for them and Andy Dalton is not prepared to look at this guy all day, zero shot. He'll piss his pants more times than they'll score. 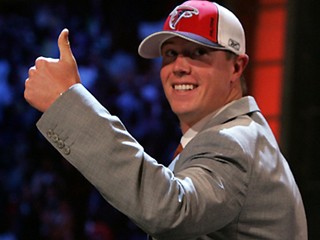 Atlanta +1.5 - This is another one, how's this even possible? I'm putting $100 on this game, there's no way Atlanta loses. You just came off a game where your QB torched the "dream team" defense for a career high 4 TD's and Michael Turner looking like his old self again. Really think Tampa is going to put up much of a fight? The Bucs have the 31st ranked rushing defense, giving up an average of 156 yards a game. Fuck it, might put $200 on this. 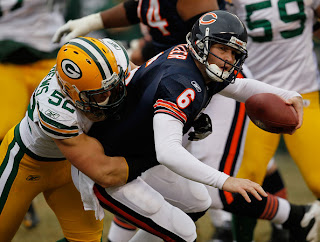 Green Bay -3.5 - I think Chicago is the most over hyped team on earth. They fluked it to the NFC Championship game last year and then their quarterback faked an injury because he didn't feel like going to the Super Bowl. Green Bay went and they won, and until someone beats them - I pick them to win each week - and they win this one by at least 10. Because their quarterback isn't a pussy.
Posted by RP at 9/24/2011 10:51:00 PM